In Spring in Japan, cherry blossom trees are in bloom for about two weeks. During this very short period of time, Japanese people enjoy the traditional activity called hanami, which can be literally translated as “viewing the flowers.” Read on to discover the origins and meanings of this celebration and how it is celebrated today.

Waiting for the Gods

During ancient times in Japan, the New Year was in spring, and the blooming cherry blossoms marked the beginning of the spring planting season. From this, the Japanese believed there was a relation between the flower and the rice paddy god. In Japanese, the cherry blossom is called sakura. Originally, sa referred to the rice paddy god, and the word kura meant “a seat for god,” and sakura could be understood as “a sacred place for the rice paddy god to dwell.”

The Japanese also believed that gods lived in the mountains and would come to villages when the planting season started. Blooming cherry blossoms were a favorable sign that the gods were coming to the village. The god would then go back to the mountain with appreciation from the people for a full harvest in autumn.

From Shrine Rituals to Modern Hanami

In ancient times,  farmers would pray, make offerings, and have a feast, believing that cherry blossom trees would bring a full harvest. The feast under the tree was similar to a religious ceremony, and it slowly changed into a festival for enjoying cherry blossoms in the Nara period (710~794). During the Heian period (794~1192), the cherry blossom appeared in many waka poems and the flower became a national image to the Japanese. During the Edo period (1603~1868), common citizens started having banquets under the trees.

Nowadays, Hanami is held as an annual event everybody longs for. Friends, families, company members, and all sorts of groups gather in parks and have picnics under the cherry blossoms. As often during Japanese parties, alcoholic drinks are involved, which can ease participation in  popular activities such as singing karaoke songs on portable devices. In parks, numerous food stalls provide catering, and in bigger places you can assist in music and dance shows. Amateur photographers take their best camera out and compete for the best photo spots, while the common passersby use their smartphone to immortalize the fleeting beauty of the flowers. This can go into the night for yozakura, the term for admiring the sakura at night, when most popular hanami places are usually lit up with decorative lanterns or spot lights.

The Cherry Blossom as a Symbol for Impermanence

The cherry blossom blooms only once a year for about two weeks at best–less if the weather is unfriendly and rain and wind scatter the petals away. The beginning of the Japanese school year occurs at the same time, as well as the fiscal year, so the hanami season continues to be a synonym for a fresh start.

However, one reason why cherry blossoms are so important for Japanese people is that it expresses life and transience at the same time, echoing a concept from Buddhist philosophy that “all worldly things are transitory.” This may sound sad, but what the cherry blossoms imply is that everyone can change anytime and people can change themselves forever. It also teaches us the happiness of continuous life. Cherry blossoms are flowers that are full of hope.

What Is the Story behind Japan’s Yellow Brick Roads? 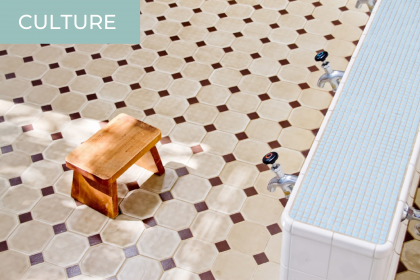 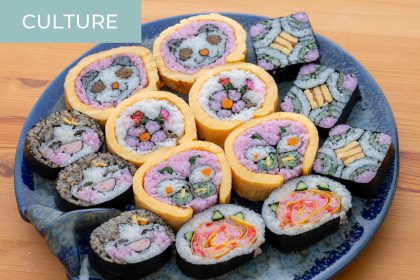