Michiru Hasegawa is not your usual kind of media writer. Her job takes place in a particular field: where people grow, raise, and fish the food the Japanese find on their plates every day. This time, she’s the one being interviewed. She opens up about her peculiar origin story for the first time and tells us what “the truth” means for her.

Could you please explain to us what your job consists of?

I’m a freelance writer and editor. I also work on projects. I specialize in topics related to the primary industry: agriculture, livestock, fishery. However, I’ve never been involved in forestry so much. So, I go and interview farmers, producers, and fishermen. I do interviews mostly in Hokkaido, but I cover the whole of Japan.

I mostly write articles about agriculture, which are mainly read by farmers and are published in specialized magazines. It’s not the kind of magazines that the general audience has easy access to. Even if some articles are for the internet, too.

There’s a town in Hokkaido called Atsuma. They’re actively trying to invite newcomers to live there. So I’ve been helping the town hall publish information on the internet about what kind of people live there, what kind of jobs are available there, by interviewing local people. For example, I introduced the fact you can start your own company and produce food.

However, things have stopped for a while because Atsuma was the epicenter of an earthquake a couple of years ago.

There are other areas which I take my time to carefully do media coverage. It’s the town of Iwanai and the villages of Tomari and Kamoenai. They’re fishing towns. I’ve been covering them for two years, going there every month. I interview fishermen and people who live there, and the articles are published online.

How did you end up covering such a specialized field?

When I started working, more than becoming a writer, I wanted to create books or magazines. The origin story behind that is a bit long to tell.

Since I was born, I’ve always had an allergic condition. I have atopic dermatitis. I’ve grown up living with the fact that I couldn’t live like everybody, that I had food restrictions. I had to follow a treatment from the end of middle school to high school. It was pretty hard, and I couldn’t go to school for many days. But I always had books and magazines by my side. It distracted me from what I was going through. I could forget the pain and immerse myself in different worlds. And since I couldn’t go outside, I was even more curious about many things. That’s how I started wanting to create books or magazines.

When I became an adult, I was able to find a job in a company in Hokkaido. It was editing all sorts of magazines for their clients about Hokkaido’s food and primary industries. I started going to the places of production and talking directly to the producers. It was a completely unknown world to me. That’s when I realized that even though food was part of my everyday life, I didn’t know anything about it. While I was still wondering if I’d be able to work like everybody else, speaking to people directly on the field was very exciting. I came to realize that I had the skills for this job, and I enjoyed talking to people more and more.

If I didn’t have that specific personal background, I probably wouldn’t have had the desire to continue this job for such a long time. It all came from my relationship with my body.

Actually, I’ve never talked so openly about my allergic condition until now! I didn’t want to attract attention to this. But recently I’ve been thinking about being more open about it. Even today, there are periods when I feel sick. I’ve done a lot of research about my allergies, and food has considerable influence. For example, I can’t eat white rice, which is very rare for a Japanese person. I can’t eat wheat flour, eggs, or dairies. When I understood this, I was quite desperate. But in this end, it’s become my driving force.

I’ve come to think that my condition is actually a strength. Because I have this different point of view, I think it’s imperative to be clear about how food is produced. I want to write the truth. I’m not interested in writing easy summary articles. But if I don’t explain my background to people, they won’t understand why I write my articles the way I write them.

What thing would you like to express the most in your articles? Is there anything you commit to?

Through words, I’m weaving a tapestry about living.

In this job, I’m in direct contact with the ways of life of other humans. On the field, I dig deep so I can write what these people feel and think. All of them are very proud that consumers eat their products. They often say that they want to “protect the kitchens of Japan.” It’s their major premise. But when you look at how they make food in better detail, you realize that their thoughts are sometimes somewhere else, somewhere more profound.

For example, they’re often very concerned by what they can do to help and protect the land they’re living on. They’re attached to it. Sometimes they have conflicting feelings about who will take their succession. For example, they’d like their son to continue the family business, but at the same time, they’d like him to do what he wants freely. I’d like the general audience to know more about these aspects of people who make food. It would be nice if the general public could grow to like them.

Nowadays, we’re overwhelmed by information, anybody can express themselves. So, I try to write things that only I can write. I don’t tell lies. For example, livestock farmers have a peculiar relationship with their animals, who are raised for commercial purposes. They don’t really want to kill, but they have to. In commercials, their job is often shown in a very appealing manner, but the reality is not that perfect. Things can be pretty complicated, especially if you add environmental problems to the picture.

I’m also very attached to going directly to the field. Of course, you can get a lot of information by reading books. Still, you can get double or even triple of that information by talking to people on the spot. So, I’m committed to transmitting accurately the knowledge gained on the field, people’s feelings included.

I don’t tell lies, but since I work for clients, I’m often limited in what I’m allowed to say. I’m thinking about what I could do to express myself fully. I wish I could write a book, but it’s a hard task! [laughs] That might be something to tackle in the future.

As I said, I’d like to include the less positive aspects of my articles, too. Then, people could have the power to decide by themselves what’s best for them. Maybe they’ll choose not to eat this food anymore. Or perhaps they’ll keep eating it because they like it.

I’d also like more people to know about Hokkaido, especially foreigners. I’d like to provide information about that, too.

Is there any aspect of the traditional Japanese culture that you have integrated into your work?

In Japanese, we have the expression “shuhari.” It’s written with the three kanji “to protect,” “to break,” and “to be separated.” It describes the ideal process when you learn a martial art, a traditional art like tea ceremony, sports, etc.

The first stage, “shu,” is when you learn from your master or your elders and acquire skills from them. “Ha” is when you break the rules you’ve learned. You progress by breaking your own shell. The last step, “ri” is when you’re able to fully express yourself in your own manner.

I think it reflects my own experience. At first, I’ve watched my seniors and learned from them, sometimes I‘ve borrowed techniques from them. It’s especially true in the writing world. It took me 10 years until I became a freelance writer. So maybe now I’m in the second stage. I write about my own themes in my own style. The last step for me is probably integrating the less positive aspects of truth in my articles.

The fact that I don’t want to tell lies comes directly from the influence of my seniors. When I was working in editing production, the boss and the editor-in-chief, who probably are around 70 years old today, were very cautious about being accurate. For example, I wrote something like, “These tomatoes are delicious thanks to the hot temperature and dry weather.” They told me, “Are you sure this is true?” “Did you double-check this?” It was a concise article, of about 100 characters [the equivalent of less than 10 lines in the English language]. But they asked me if I could take responsibility for the information I was writing. And when I double-checked, it wasn’t right! I realized that what we are used to saying can be wrong. This event left a great impression on me.

Since then, I feel a huge sense of responsibility because people will believe what I write. I need to do research in advance and to double-check anything I’m unsure of. It’s even more important in our era. We should be less concerned with the speed of information. Taking the time to do things right has its own merits.

As a writer, I’m with no doubt still in the first step of the “shuhari,” so speaking with Ms. Hasegawa was very inspirational. What’s the best way to transmit accurate information? It’s even more crucial for Ms. Hasegawa since her subject, food, is as touchy as it is part of our everyday life. As in the saying, “You are what you eat,” people associate what they eat with their identities. Consequently, food production and food choices can even be the subject of hot debates among people with different views.

As a writer, I don’t believe in total objectivity. We are human beings, and as for Ms. Hasegawa and her specific background, our personal stories shape the way we see the world. So how can we convey the truth? As Ms. Hasegawa reminds us, good intentions are not enough. Transmitting reliable information as much as possible requires extra time and effort.

This may be the price of being an honest writer. However, bigger even is the reward, as sharing knowledge only expands it into the world.

How a Salaryman Found Meaning in a Japanese Village 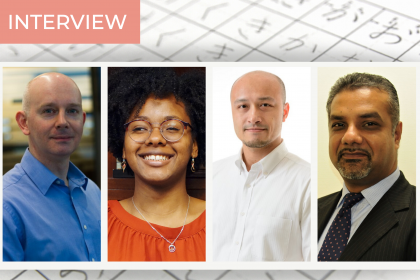 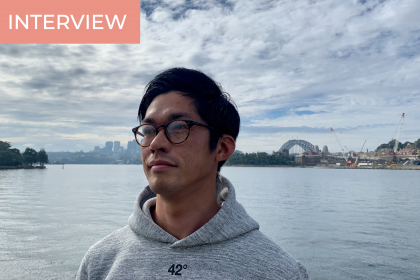 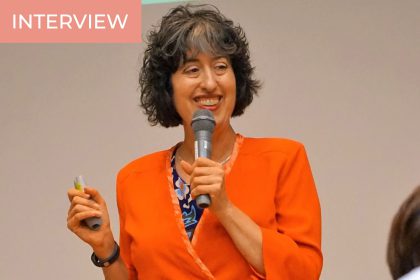 Narrowing the Gap between Japan and the Rest of the World: An Interview with Rochelle Kopp