Every May, many Japanese people suffer from gogatsubyo, which literally means “May sickness.” Even if that is not an official Japanese medical term, it refers to a real seasonal affective disorder phenomenon. According to a study about stress done in 2018 by the life insurance company Zurich, one Japanese out of four has experienced gogatsubyo at least once in their life.

Read on to know what this sickness is, what social circumstances trigger it, what can be done to prevent it, and more.

What Is the Origin of Gogatsubyo and What Are Its Symptoms?

As we mentioned in this article, in Japan, the school year and fiscal year traditionally start in April. During the period soon after entering school or the workplace, Japan’s youth are still adjusting to their new environment and way of living. Each new element brings its dose of stress that unconsciously piles up until burnout.

In that case, May sickness is mostly an adjustment disorder, and employees who have been dispatched to a new service or transferred to another city by their company may have a similar experience.

However, gogatsubyo touches more people. To understand why, some context regarding the Japanese calendar is needed.

In the beginning of May, the Golden Week takes place. It is a week during which there are several consecutive holidays, a time of the year when Japanese people rest or travel the most. After the end of Golden Week, there is no other holiday before July. In a country where taking your paid leave is still frowned upon in many workplaces, the perspective of not having an extra day off for a long period is depressing. For many employees, one month after the start of the fiscal year, stress is at its peak. The Golden Week is thus followed by a feeling of melancholy. People lose motivation, do not want to go to work, and feel tired or sick.

One of the main symptoms of gogatsubyo is a feeling of lethargy. Subjects struggle to do simple tasks, get tired easily, and have a hard time concentrating. They also lose interest in the activities that used to make them happy. Another symptom is an increase in anxiety, which may be felt constantly. Other symptoms include being easily irritated and seeing everything under a pessimistic light.

Physical symptoms may also occur, such as: a loss of appetite, stomachache, headache, dizziness, insomnia, etc.

How Can You Prevent This Seasonal Blues?

Foreigners living in Japan can also suffer from gogatsubyo, so here are a few tips.

According to the Osaka Medical Association, stress and fatigue management is the key. You should keep in mind that everything is a source of stress, and should manage it even if you do not feel it consciously. That means not forgetting to take breaks, and making sure to sleep sufficiently at regular hours. Make sure to eat a balanced diet and watch your caffeine and sugar intakes, as they may disturb your sleeping patterns.

It is also important to find an activity that you enjoy, for example, a sport or a creative hobby. Such activities release serotonin in the brain. That hormone is responsible for feelings of well-being and happiness, and will help you stabilize your mood and milden stress. Exercising your body regularly is important too.

From a mental perspective, do not forget that making mistakes is normal, and to not pressure yourself into aiming for perfection. If you are struggling, find someone around you who can lend you an ear (it can be someone from your workplace, a friend, or a family member).

Still, according to the Osaka Medical Association, gogatsubyo has the potential to turn into real depression if left unattended, so one should not hesitate to seek medical help.

It seems that certain types of people have more potential to suffer from May sickness and should be extra cautious.

As mentioned earlier, it includes people whose environment has changed, such as people who entered a new school or a new company, people who have moved to a new service or branch, people who are working with new colleagues, etc. It can also be people who have been put in charge of a new project or given new responsibilities.

Gogatsubyo also affects people whose life rhythm was disturbed more, for example, people who kept working overtime from winter to spring—a common problem in Japan, especially during the end of the fiscal year.

Gogatsubyo has more chances to turn into full-fledged depression for people who have some of the following character traits: people who are very serious and careful in their work, perfectionists, people with a strong sense of responsibility, people who tend to want to do everything alone, people who cannot say no to tasks even when too busy already.

Gogatsubyo All Year Round Because of the COVID-19 Pandemic

As mentioned earlier, despite its seasonal name, the roots of gogatsubyo are found in work-related stress and maladjustment to new circumstances.

In Japan, traditionally, showing up at the office is a must, meeting face to face is preferred, and employees still rely a lot on non-digital tools such as paper, stamps, and faxes. Nonetheless, the stay-home period has forced some Japanese companies to reluctantly adopt remote work, and hurriedly switch to more digital tools and ways of working they are not familiar with.

In 2020, employees of all ages struggling with these new working conditions have seen their supposedly “May disease” prolong into summer, then autumn…

Although each country’s circumstances vary, COVID-19 fatigue has become an acknowledged worldwide phenomenon, with similar symptoms of anxiety, lethargy, lack of concentration, and exhaustion.

While many of us are impatiently waiting for when life will be “back to normal,” chances are adapting to new life circumstances once more will trigger symptoms of maladjustment like gogatsubyo. Let us make sure not to be too hard on ourselves, and remember the tips shared earlier in this article. 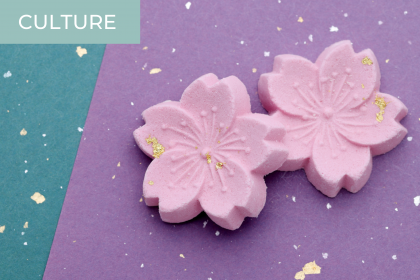 What Is Wasanbon, the Traditional Japanese Sugar? 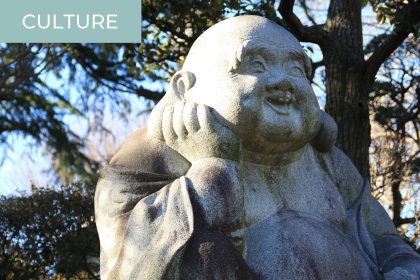 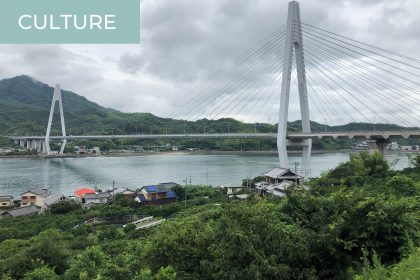