“One day in Spain, I stepped into a puddle and just burst into tears. There was no reason for a puddle to have such an intense effect on me, but I now recognize that as being at my low point in culture shock during study abroad.”

19-year-old me smugly listened to this story by my university study abroad orientation advisor. That wouldn’t happen to me—I had been waiting for my chance to go to Japan for years. I knew the language. I took classes on the culture. I would know what I was doing. Culture shock would have nothing on me. It would be nothing but awesome.

Fast forward about eight months, and I was staring at Japanese houses in a quaint neighborhood with disgust. For some reason, at that point in my life, Japanese houses, with their crafted architectural design and well-tended front gardens, seemed like an inexplicably bad idea to me—and here, I want to emphasize “inexplicably.” There was no particular reason for me to have a temporary vendetta against Japanese homes during my year of study abroad, and seeing them again when I moved back to Japan after graduating from university made me feel excited and reassured. But for some reason, during a low point in my culture shock experience, I could not help feeling frustrated by the sight of them. I missed the wide brick and mortar and vast yards of houses back home. Japanese houses were just a dumb idea.

“Culture shock” is the cyclical phenomenon of feeling excited and giddy, frustrated and depressed, and finally adjusted and accepting when experiencing a new culture. It is particularly prominent when going to another country, whether it is for a week vacation, semester abroad, or years-long relocation for work. Everyone experiences it at different times and in different ways, but you would be hard-pressed to find someone abroad who hasn’t dealt with it in some way.

My first major experience was when I went to Taiwan for a summer internship right before my year abroad in Japan. As someone raised in suburban Indiana in the USA, I was used to open spaces, car culture, and various regulatory policies that were tightly enforced. As soon as I boarded the plane for Taipei, I left that world far behind. Getting off that plane was like waking up from sleep and finding myself in a very different place from where I fell asleep. I was now surrounded by tall, gray buildings, and when there were no buildings, there were mountains, virtually the only sources of green in the bustling concrete jungle. I suddenly had to rely on using the subway network, which, looking back, is fabulous and one of my absolute favorite things about Taipei, but at the time felt as daunting, not understanding how to read a subway map. I was bombarded with the stares and the paparazzi of Chinese tourists trying to take pictures of the exotic blonde girl. Many meals were from neighborhood food stalls, which may or may not be following safety regulations, and I was afraid to cross the street in fear of being hit by one of the seemingly millions of scooters.

I had arranged to live with a host family. Every night we had a round, spinning dinner table filled with about eight different platters of food prepared by Grandma for the entire extended family (of 13 plus me) to come to eat. As a college student who drove six hours twice a year to see her extended family, the idea of seeing everyone every day was overwhelming. I was thrust into this tight-knit family who surely shared my anxiety about being able to communicate and connect.

I worried the most about my host grandma. Despite her at the ripe age of 68, I believe I may have been the first white person to ever step across her threshold. She knows no English. She burns fake money for the gods on a regular basis and speaks with a distinctive Taiwanese accent that I never learned about in my three years of Mandarin classes. For the first month, our cultural and linguistic divide made me constantly worried about if I should be doing something different, if I was doing something wrong. What if I could never have a fluid conversation with her? Did she regret hosting me?

I felt like I was chipping away at a wall. Chip. Chip. Chip. One by one, the pieces fell, but I wasn’t getting anywhere through the wall itself. Then, after that first month, I had chipped away enough that I finally punched a small hole through the wall. I was watching Grandma’s favorite singing program on TV. Even though I couldn’t understand a word of the lyrics of the old Taiwanese songs, I watched with her and was able to ask her questions about them, even though it was sometimes in broken Mandarin. She told me she saw my linguistic skills with a “glass half full” mindset, appreciating that I could communicate with her in some form of her own language, rather than being frustrated by my lack of fluency. Our daily conversations grew from that point until the barriers were all down. She really became my Taiwanese grandma.

When I arrived in Japan, I went through the process all over again; for a while, I wanted to be back in Taiwan, and Japan seemed needlessly foreign. When you are in the claws of culture shock, it’s easy to feel disillusioned. It’s easy to generalize. It’s easy to feel animosity or want to find scapegoats for just about everything. Then, once you’re done fighting, acceptance comes. Once you reach that stage you can truly start to understand your new life on a deeper level. After I had time to digest my experiences in Taiwan, for example, returning for a week vacation a year later was simple. There was no more immediate, all-encompassing culture shock. I was able to see, understand, and appreciate the culture and life. What used to be frustrating is now just another fact of life, or something even nostalgic. I am a better person for it—and a person who feels calmed by the beauty of traditional Japanese home architecture.

The Importance of Good Soil 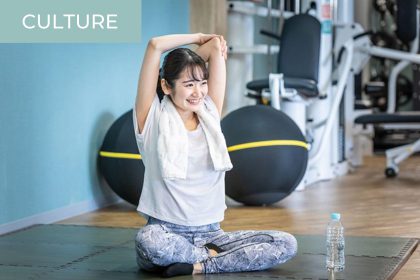 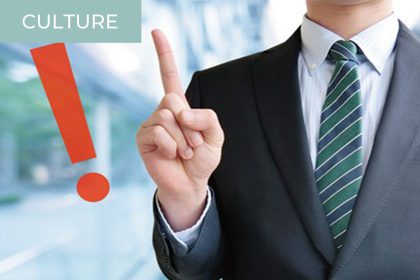 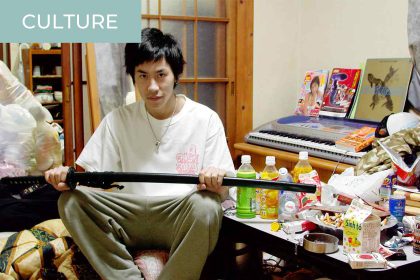