This past January, after spending a month outside of Japan, I was eager to get back into my usual routine, and that included dining at my favorite Tokyo restaurants. Be it a quick and affordable B-kyu gurume meal between meetings or a more expensive lunch with friends or colleagues, one thing soon became apparent: meal prices had risen while I was away for the holidays, by 6-20 percent, depending on the restaurant.

At the time, I had assumed that prices had simply increased due to pandemic-related supply-chain constraints. Little did I know that months later the war in Ukraine and other economic forces would create a perfect storm for something rarely seen in Japan: a significant amount of inflation.

Inflation, the systemic increase in the prices of goods and services, typically occurs gradually over time in most modern economies. Inflation devalues the currency and, at first glance, seems like something that would harm economic activity and growth. However, when inflation is offset by gradual wage increases, consumers maintain their purchasing power. Consumption at higher prices stimulates economic growth, and therefore governments and central banks tend to prefer low inflation rates (typically around 2 percent) that increase steadily over time.

The Government of Japan and the Bank of Japan are no exception to this practice. However, the Japanese economy has been stagnant since the early 1990s. Unlike other leading economies, average wages have barely increased since then, and therefore consumer spending habits have remained conservative. As explained by BBC News, “When you cannot get a pay rise, you don’t rush out to go shopping very often. Taken altogether, this slows an entire country’s economic growth—a vicious cycle Japan has been trapped in for decades.”

Excluding the present situation, I’ve only experienced significant, across-the-board price increases twice since I arrived in Japan in 2009. Both occasions occurred after consumption tax hikes in 2014 (from 5 percent to 8 percent) and 2019 (from 8 percent to 10 percent). As reported in the Mainichi, only the first tax hike generated enough inflation to exceed the target rate of 2 percent set by the Bank of Japan.

Not All Inflation Is Created Equal

At the time of this writing (June 2022), Japan’s inflation rate has once again surpassed that coveted 2 percent mark. According to the Mainichi, this hasn’t happened without a tax hike since 2008. However, it’s important to note that not all inflation is created equal. Even a “healthy” inflation rate can be detrimental if it’s caused by the wrong economic forces.

According to economist and author Richard Katz, who recently suggested that Japan’s inflation might not be as high as it seems, inflation should be driven by “healthy domestic demand.” However, this current bout of inflation is caused by higher prices of “import-intensive items, like food and energy.” The weakening yen and the impact of Russia’s invasion of Ukraine are driving prices even higher. Lastly, Katz points out that this is all happening while Japan continues to deal with pandemic-related supply-chain problems.

If Japanese consumers could absorb these price hikes, the economy might expand. However, wages remain stagnant, which means economic growth is unlikely.

Unfortunately, most sources are predicting that current inflation trends will lead to bleak outcomes, as prices are expected to keep rising throughout the year, with no wage increases in sight. As reported by Nikkei Asia, “Hideo Kumano, chief economist at Dai-ichi Life Research Institute, estimates that annual spending by households of two or more members will increase by an average of 100,000 yen [$732] if inflation continues at the same pace as in April [2022]. The increase will consist of some 36,000 yen [$264] for food and the rest for expenses such as utility bills.”

Is there a silver lining to this bleak forecast? Perhaps there is a sliver of hope. According to BBC News, the weak yen could spur an “influx of international tourists” and the spending associated with them. However, for that to happen, Japan would need to fully open its borders to international travelers, and we have no indication as to when that might happen. And this window of opportunity is rapidly closing. Foreign economies such as the U.S. have been grappling with much higher inflation rates and are already showing signs of economic decline. Should the world slip into recession, international travel will be the last thing on most people’s minds.

What is the Status of Abortion in Japan? An Overview of Women’s Reproductive Rights 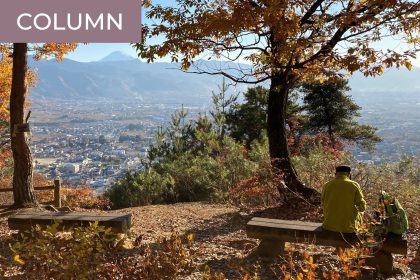 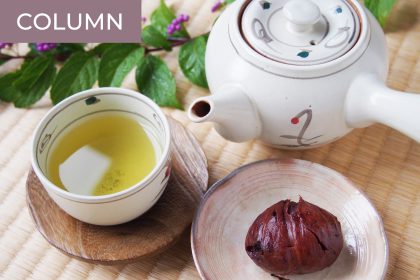 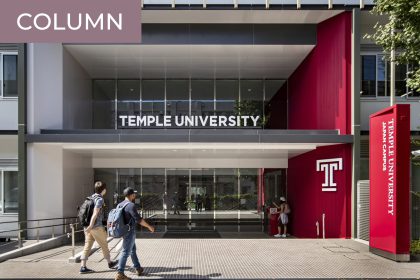 Get Free Books at Temple University Japan on May 7!