We’ve all made mistakes, whether they be related to culture, business, or relationships, during our time abroad. In this edition of Kokoro Media Unfiltered, the editorial team got together for a free-flowing chat about the most memorable mistakes we’ve made related to life in Japan. We hope our stories of social, professional, and cultural adjustment in Japan will help you avoid similar mistakes, whether you plan to live here or are just passing through.

Also in this edition, we welcome Kelsey Lechner, a well-traveled, multilingual writer who considers Japan her second home. Learn more about Kelsey and the Kokoro Media team in the profiles that follow this article.

Anthony: I’ll start by getting my two big mistakes out of the way. First, if you’re planning to move to Japan for the long term, you should always keep your immigration status in mind. When I first moved to Japan, it was easy to slip back into the mindset that I had in America, my home country. And when I was in America, I never had to think about my immigration status or whether I had the right kind of work visa. I came here with career ambitions, but I didn’t give my work visa much thought because I was working for a large Japanese company. I didn’t think ahead far enough to see how something like self-employment would impact my visa status. As a foreigner in Japan, it doesn’t matter how grand your career plan is. If you can’t renew your visa or you don’t have a visa that matches your desired occupation, you can’t stay in the country.

Fortunately, I started out with a wide-ranging visa that covered everything I could imagine doing for my career. Still, if you work for yourself, visa renewal can be very tough. So, as part of your long-term career planning, I recommend consulting with an immigration lawyer before or soon after you move to Japan. Reach out to one proactively and explain your career goals. A good immigration lawyer will tell you what to watch out for when changing jobs and what kind of visa you’ll need to achieve your goals.

Anyway, as I mentioned, I have another topic on my mind, but I can come back to it later. Does anyone else have any thoughts?

Kelsey: This is a shift from business to language and communication, but I’d like to mention that there are silly linguistic mistakes that can hold you back if you get too hung up on them. A lot of people are afraid to use the language that they’re studying because they’re worried about making mistakes. I remember one time in Japanese class, while studying abroad, we were talking about salaries. I was saying something, and everyone started staring at me like I was crazy. The word for salary is kyuryo but I was saying kyoryu, which means dinosaur.

Anthony: Mistakes like that are actually a great way to make sure that you remember Japanese vocabulary. Within my first week in Japan, I made a similar mistake by getting “head” and “stomach” mixed up. When I was at a restaurant, instead of saying “I’m full,” I ended up saying “My head is full.” It was an embarrassing experience, but I’ve never made that mistake again.

Amelie: Someone actually got angry with me over one of my communication mistakes. As Anthony knows, I didn’t learn Japanese the traditional way. I learned mostly by talking with my friends. For grammar and vocabulary, I did most of my studying on my own, with books. But for speaking, I learned from friends. This means that I used to speak very casually.

I first came to Japan as an exchange student in Fukuoka and finally started taking some real Japanese classes. My teacher was a bit strange, to be honest. In the first class, she started getting very angry at me because I didn’t speak to her as formally as I should have. It was a simple mistake—something like using the dictionary form of a verb instead of the polite form. She said something like, “If my daughter spoke like that, I would be very ashamed.” Of course, I realized my mistake almost immediately, and I apologized. But I didn’t expect to be scolded so much for a small mistake. That really shocked me.

Anthony: I can relate—that’s a really easy mistake to make when you’re switching context from talking with your friends to talking to your teacher. Aree or Ayane, any thoughts?

Aree: One of the mistakes I made, in the workplace, was saying ittekimasu instead of itterasshai, and vice versa. Even these days, I sometimes make this mistake. Amelie, I’m not sure if you heard me, but the last time we were at the office, when you said you were going to lunch, instead of telling you itterasshai, I accidentally said ittekimasu [laughs].

Aree: To avoid this, I realized that when there’s not a lot of people at the office, it’s better to keep the volume of your voice low. That way, in case you make a mistake, it’s not that embarrassing. Or people won’t hear you, just like you mentioned.

Anthony: It looks like I can relate to all the mistakes made so far. Ayane, your situation is reversed. What stories can you share?

Ayane: I don’t know if this counts as a mistake, but I think Japanese people tend to be vague and often hesitate to say “no” directly. When I was in Australia, people would talk to me a lot when I was waiting for a train or walking in a shopping center. Some people would ask for my phone number, and I didn’t know how to refuse. So, I often shared my phone number, and people often sent me text messages. Of course, I didn’t reply to them. I felt this experience was due to a Japanese cultural difference, and I learned that it’s OK to say “no” when I’m in other countries.

Kelsey: This made me think of my relationships, so I thought of an argument I had that ended up just being a cultural difference. The argument was about drinking and driving.  In Japan, as soon as one drop of alcohol touches your tongue, you’re legally inebriated. However, in the U.S., this depends on your blood alcohol level and varies from person to person.

When I returned to the U.S. from Nagoya, I was in a long-distance relationship with my boyfriend. When I talked about going out, having a drink with friends, and coming back home, he got so mad at me because he thought I was drinking and driving. I said, “Why do you think I would do that? I’m not dumb.” Neither of us realized that the laws and culture about this were completely different in our respective countries. Classes never taught me that, so this is the most important story I have to share.

Anthony: Circling back to the two big mistakes that I promised to talk about: in addition to proactively learning about Japan’s immigration system, it’s also important to learn about how health insurance, social insurance, and tax systems work. This is especially the case if you are planning to change jobs or start working for yourself.

Long story short, when you’re paying for health insurance and residence taxes, you’re paying for the prior year, based on the salary you earned that year. So, for example, if you come to Japan as a manager, and later decide to start working for yourself, from scratch, then you’re still going to owe tax and health insurance payments based on your previous manager-level salary.

If you don’t prepare for that in your budgeting, it’s going to hurt. This is a common pitfall because if you work for a Japanese company, most of these payments are automatically deducted from your paycheck, and your income is predictable.

A lot of this advice is based on personal experience. When I first arrived in Japan, I didn’t pay much attention to these things because they were handled by my employer. I knew how much money was going toward taxes and insurance, but I didn’t look into the details about how these systems worked. So, I would caution people who want to live in Japan to learn the intricacies of healthcare and taxes, no matter how complicated and uninteresting they are.

Kelsey: I’m trying to do that in the U.S. right now…

Anthony: In that case, I wish we had this talk earlier!

Amelie: Yeah, I think this is a dangerous system if you want to change careers. For example, maybe you’ve worked too much and want to do some more relaxed, part-time work instead. In this situation, you’re going to have to pay a lot with a small salary. I talked about this with some Japanese friends, and they told me that, for example, baseball players make sure that they set a lot of money aside for the time when they retire. This is because the year after they retire, they still have to pay a lot of money related to the prior year, based on their previous salary. So, this is something that Japanese people also have to think about, especially if they are earning a lot of money.

Aree: I’d like to share something that can also be useful for tourists. When you’re at a restaurant, it’s easy to make the mistake of asking for the bill at your table when you are expected to pay at the register or front counter.

Amelie: Yes! And, I’d like to add to that. In France, when you are looking through the menu, the waitstaff watches you and looks for a sign that you’re ready to place your order. You usually don’t have to call them to your table. However, in Japan, you have to call the waitstaff. Otherwise, you’ll be waiting forever. That’s something people should know.

Kelsey: Thankfully, many restaurants have those little buttons you can press to call the staff. I love those buttons so much.

Anthony: Well, I’m glad this topic came up. Just like the other advice we shared earlier in this conversation, you won’t necessarily find tips like this in your textbooks. As always, I hope these stories of our mistakes, and the lessons we learned from them, will prove useful for our readers. 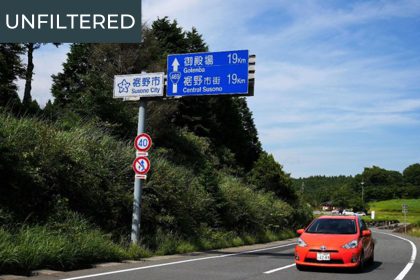 Driving in Japan: Thoughts and Tips 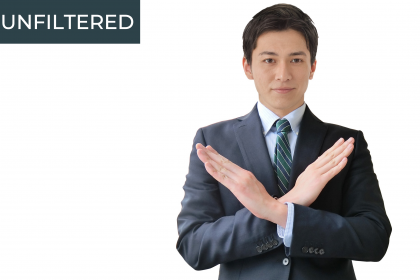 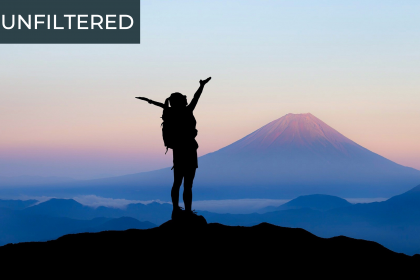