With a combined experience of nearly 35 years living and working in Japan, Amelie, David, and I figured it was high time we had a roundtable discussion about how we ended up in the land of the rising sun. Representing the U.S., France, and Belgium, our backgrounds may be diverse, but we discovered that we actually share a lot of common ground in our experiences. Read on for a conversation that starts with our origin stories and evolves into much more.

Once Upon a Time

Anthony: Let’s talk about our origin stories—specifically how, when, and why we came to Japan. Who’s up first?

Amelie: I arrived in Japan eight years ago. That wasn’t my first time, though. I first came to Japan in September 2005 and stayed until around June 2006. I was an exchange student at the time. I had always dreamed about going to Japan. The main reasons were not very original. When I was young, I loved video games, manga, and stuff like that. From those things, I developed an interest in Japan, and then I started learning the language and more about traditions and culture. That led me to coming to Japan as a foreign student.

Eventually, I came back to France, and I started working for a bit, but I missed Japan. I never stopped thinking about going back again someday. So, I decided to go to Japan again and see what it would be like to work there, even though I knew it wouldn’t be easy. I returned to the country on a working holiday visa.

At first I thought I would just stay for one year. This one year turned into eight years which, if you talk to other expats here, is something that happens quite often.

Anthony: What does the future hold for you?

David: I guess my story is a little similar to Amelie’s. Perhaps we are of similar generations and home countries in that I, as a kid, was also influenced by anime and manga, which were readily available in Europe. Anime wasn’t something that I was introduced to. It was just something that I would watch on TV. All of my school friends were watching it. Slowly, anime started disappearing from TV, but then manga started popping up in book and comic book stores.  I loved the art and the stories. I also liked the sound of the Japanese language. I found it to be very musical.

So, I thought I might study Japanese, learn to speak it, or at least be able to read manga in its original format. By taking Japanese lessons, I fell in with a group of other Japan enthusiasts. However, they weren’t interested in Japan for the same reasons as me. They appreciated other aspects of the culture—food, for example. So, that’s how I got interested in Japanese food. I didn’t go to Japan as an exchange student like Amelie did, but I went there on a trip. It’s always good to go to Japan first without making a big commitment. So I took a three-week trip, and it was brilliant. I loved every minute of it. After that, I decided I wanted to move to Japan, get a job here, and live here for a few years.

Anthony: How long ago was that?

David: My first trip was in 2004, and then I moved here in 2006. So, I’ve been here for about 14 years. I was lucky that things worked out. It wasn’t always easy, but I was able to find a job and a place to live. I’ve been quite happy living here ever since.

Anthony: What do you have in mind for the future?

David: Similar to Amelie, I don’t have a vision for going back to Europe at the moment. I don’t know if I want to live here for the rest of my life. At the moment it’s quite comfortable living here. We’ll have to see what life will be like as I grow older. I’m currently a permanent resident. The answer I often give people is that as long as I’m happy here, I’ll stay here. I’m not sure if that’s a very good plan for the future…

Anthony: It makes sense to me. And with that, I guess I’ll share my own story. First, I’m excited to learn that I have a lot in common with you two. Unfortunately, that might make this article a little boring, but I’ll try to focus on the unique aspects of my story.

I grew up during the 1980s in California, and Japan had a huge influence on my life—mainly through pop culture. So, just like you, I was also fascinated with Japanese games and animation. I’ll go one step further and say that even Godzilla movies made an impression on me. So I always had a fascination with Japan but it never got serious until I was a college student.

Although I was studying business, we had to study a foreign language for one year. I had already studied Spanish in high school, and I wanted to try something different. I chose Japanese on a whim: I was certain I would fail, and that would be the end of my fascination with Japan. As it turns out, I had an excellent Japanese teacher. Not only did she show me that I could learn a language that has almost nothing in common with my own, but she also told the class so many fascinating stories about Japan. That first put the concept of visiting Japan in my head.

I certainly wasn’t ready to live there at the time, so I went on with my life, working for a couple of years and then returning to school to earn my graduate degree. Eventually, I settled into a stable marketing position and I could start taking vacations in Japan. As I reached the end of my second 10-day trip, I didn’t like the idea of returning home, but I had to return to the States anyway. So in January 2009, well within a year of that trip, I moved to Tokyo. My 11 years here have been wonderful. I’ve learned so much and have grown in ways that I could never have imagined.

I plan to be here for the foreseeable future. However, I do want to spend more time abroad as well. I’d like Japan to be my base but also spend a significant amount of time in America. Hopefully I can build a business or craft a lifestyle that supports that.

David: That sounds ideal. As much as I’m not thinking about going back to Europe, it would be nice to spend more time there. My family is there, my friends are there—I don’t want to lose those connections. I don’t want to be completely isolated, but at the same time, I don’t want to move back either. Perhaps I’m trying to have my cake and eat it too…

Anthony: I think it’s a good ideal to have. Who knows if it’s possible? I’m sure it’s challenging. But one thing I’ve learned in life is that even if your ideals seem too high, it’s still worthwhile to work toward them. You’ll usually end up in a place that you’re pretty happy with, even if it’s not exactly what you imagined or set out to achieve.

David: I think living here gives you a better appreciation for your home country. I really do enjoy going back, because there are certain things that you can’t do or get here in Japan. There’s a sense of enjoyment in my own country that I didn’t have before.

Anthony: It’s funny—what used to be my daily life has now become my vacation. In the past, coming to Japan was my vacation and now returning to my normal life in America for a few weeks a year is my vacation.

Amelie: This isn’t exactly related to our origin stories, but I’m curious about your opinions on something. When you spend so much time in another country, you start to develop this strange identity. I don’t know if it’s the same for you. Obviously, I’m not Japanese. I’m supposedly French. But I don’t feel like I’m 100% French anymore. It’s like I’m in-between the two cultures. When I started traveling back and forth between France and Japan, I started to feel like I didn’t know who I was anymore. Going to France felt like vacation, but it also felt like a foreign country because it had changed so much. I was not used to some of everyday life details that I had forgotten about, and it was a weird experience. Do you feel the same way?

David: I can’t relate to that because I’ve spent my whole life growing up in different countries. So I never really had that proper identity in the first place. For me, going back to my country has always felt a little strange because I didn’t grow up there either.

Amelie: I had a kind of identity crisis. In the end, my way to resolve it was to simply say, “Who cares?”

Anthony: Exactly. That’s what I wanted to say: it doesn’t matter. I share your experience 100%. When you go abroad for so long, you don’t have a clear identity, and I struggled with that for a while, just like you did. Eventually, I came to the same solution. We’ve become original creations. Why not simply enjoy the best of both worlds?

That being said, I am glad that you brought that up because there are people out there who might struggle with that. They might not be prepared to take on this new identity. It’s a good idea to warn people that if you leave your country for a long time, you might encounter these identity issues, and you need to be prepared for that.

Can Anything Make Us Leave?

David: I’ve got one last question: it’s a heavier topic, if you don’t mind. It seems like we are all planning to live here for a long time. What would it take for you to not live here anymore? For example, Anthony, you and I were here during the 2011 Great East Japan Earthquake. For me, that was not a reason to leave Japan. I didn’t even leave Tokyo. So, I was just wondering if there is something that would make you leave Japan.

Amelie: I think I would leave if the country suddenly became a difficult place for foreigners to live or if the political situation deteriorated. Those are the only things I can think of.

Anthony: I completely agree. Natural disasters can happen anywhere, at least in my life. California is prone to earthquakes and fires, so I don’t think natural disasters are a reason to leave Japan. But, you’re absolutely right regarding the political situation. Everything is fine now, and hopefully it will stay that way.

Anthony: I hope so! I don’t know what format they will be in, but let’s wrap up on that note [laughs].

The Goshuincho: A Necessity for Japan Travel Enthusiasts 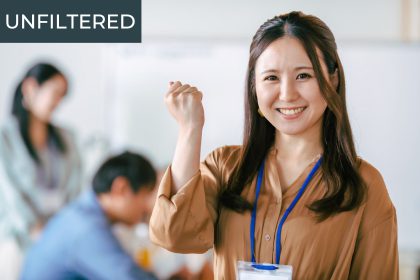 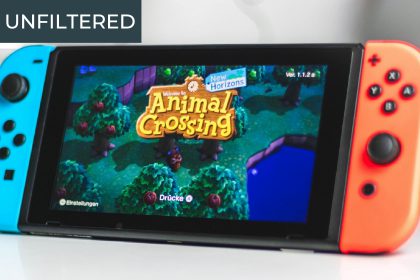