So much can go into picking the right name for a child. You may think of choosing a name inherited from a cherished family member or friend, a name that represents an admirable characteristic, or a name that simply sounds nice. In Japan, people consider these factors as well as the kanji used to represent the name. In fact, there is seemingly an infinite number of options when choosing kanji for just one name. For example, as we see below, the name “Aoi” could be written as 葵 or 蒼, with a difference in meaning but no change in pronunciation.

If you are interested in using a Japanese name, you may want to select one that is popular with the times. Here are the top five baby names that were the most popular in Japan in 2021, based on both the pronunciation and kanji, according to a survey of over 200,000 babies born in 2021.

Meaning: The two kanji respectively mean “sunshine” and “hollyhock.” Hollyhock is a variety of flowers native to Asia and blooms during the rainy season. In Japanese culture, it represents ambition, nobility, and kindness. It is also the final kanji used in 向日葵 (himawari), or “sunflower.” Therefore, this name evokes an image of a bright flower blooming in the sunshine despite being in subjectively Japan’s most gloomy and uncomfortable time of the year.

Meaning: This kanji means “pongee,” a type of delicate yet durable cloth made from raw silk. Although it is made for the masses, it takes great skill to create by hand. Due to the weaving methods, each pongee fabric is unique.

Meaning: This kanji means “gallant,” “dignified,” and “awe-inspiring.” The shortness of the name itself also gives a bold and commanding feel, complementing the meaning.

Meaning: The first kanji means “bud (of a flower/plant),” and the second means “reliance” and “obedience.” It is often considered a cute Japanese girl name.

Meaning: This is the same as the second kanji in “Himari” above, meaning “hollyhock.” It is also a synonym for the word “blue” (see #3 “蒼” below).

Meaning: This kanji means “lotus.” This name has been at the top of the baby name charts since 2018. The lotus blooms spectacularly in muddy ponds and marshes, and is sacred in Buddhism, symbolizing enlightenment and overcoming adversity. Like “Rin” above, the shortness of the name gives it a bold essence.

Meaning: The first kanji, which we saw in 陽葵 (Himari) above, means “sunshine.” The second signifies “soar.” You can easily picture a bird flying freely in the sky.

Meaning: This kanji means “blue” or “green-blue.” Although the kanji are different, the pronunciation is the same as the top-ranking female name “Aoi” above. Like Haruto above, this name has a liberated, natural feeling associated with the sea, sky, and open plains.

Meaning: Literally, this kanji means “tree.” This name is also a homonym with 斎, a servant of the gods in Shintoism, and 居着き, the word for “settling down.” As a name, it invokes taking down roots, conveying stability and firmness as well as purity.

Meaning: This kanji means “port” or “harbor,” and was uncommon in first names until the mid-2000s. It has grown in popularity since.

Many of these names have been popular for several years. Notably, the top five boys’ names were ranked exactly the same in 2020 as well, and have continued the trend of using kanji associated with nature. In fact, the only name making it to the top five for boys this year not associated directly with nature is 湊 (Minato). While it may strike you as an unorthodox choice at first, close your eyes and visualize a port area: a bustling place where people gather and socialize, and often integral for economic prosperity, especially for an island nation.

We see a slight trend away from traditionally feminine girls’ names using the kanji 愛 (love) and 美 (beauty), which were major components in naming trends for decades. Although they are still top-ranking kanji for names in general (ranking sixth and ninth in 2021 in terms of kanji use), they are no longer dominating the very top of the charts as they did even in the first half of the 2010s. Parents seem to be choosing names that represent positive unisex virtues for their child, including individualism. For example, parents may give their child the name Tsumugi (紬) with the hope that she will be steadfast in her individualism and independence, yet still kindhearted.

Although all of these names were in the top 10 ranking pre-pandemic in 2019, we can speculate that many of these names have become even more relevant to new parents in the midst of COVID-19. The popularity of names with sociable implications, such as 湊 (Minato), and with connections to nature, such as 陽翔 (Haruto), may be even more a reflection on peoples’ hopes for freedom of movement, the outdoors, and social gatherings after an extensive period of quarantining and stay-at-home requests, closed borders, and other COVID-19 precautions. Similarly, names such as 樹 (Itsuki) could be mirroring new parents’ desires for stability after years of uncertainty brought on by the pandemic. Likewise, there is a surge in names hinting at parents’ wishes for strong, resilient children, especially in the face of adversity. We see this reflected in names like 凛 (Rin) and 蓮 (Ren).

Another trend that has gained in popularity in the past several years is choosing names that are easy to pronounce for speakers of other languages or that are similar to English names. 芽依 (Mei) is a good example of this since it is pronounced the same as the month “May” in English. Parents may give this name to their child with the added hopes or presumption that she will associate with people beyond Japan, a signal of Japan’s ever-growing internationalization.

Finally, like in many other countries, parents in Japan may also give their child a name after famous figures in popular culture. This may be particularly the case with 葵/蒼 (Aoi), top-ranking names since the early 2000s, due to a large number of actors and actresses named the same, or at least with the same kanji.

With the pandemic seemingly coming to an end, it will be interesting to see what trends continue in the next couple of years and what virtues parents will try to instill in their children with names. Which of the Japanese names are your favorites? Have you noticed any naming trends in your country? Let us know in the comments! 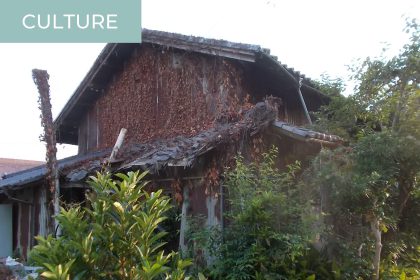 Akiya – Causes and Measures of Vacant Houses in Japan 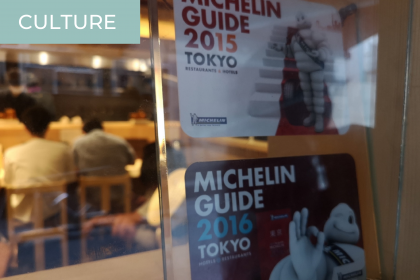 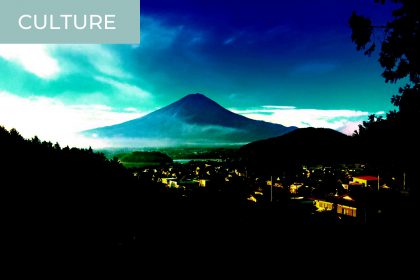 What “Hatsuyume,” the First Dream of the Year, Means for the Japanese