In late 2020, I interviewed French philosopher and Aikido martial artist Coralie Camilli about her experience in Japan and her then-newly released book about the philosophy of martial arts, in which her Japanese experience played a great part. When I heard that Coralie plans to return to Japan and that her martial arts career has expanded in a new direction, I asked her for a short follow-up interview.

Read on to learn what changed in the famous aikidoka’s practice in the two years that followed her Japanese stay and how the practice of kickboxing changed her perception of martial arts.

Since our previous interview, your book L’art du combat [The Art of Fighting] has also been translated into languages other than French. How has the public reacted to it?

I was very surprised to see the public interest in a book that is, after all, a very conceptual work of philosophy! In Germany, the German translation of my book was studied for a whole semester at a German university. This is obviously very gratifying.

But above all, I was able to see, even in France, the diversity of readers who were interested in it: choreographers, osteopaths, dancers, musicians, and scientists invited me to speak at conferences about my book. To reach such a diverse public is comforting: it means that my subject went beyond the discipline of Aikido, and that it was valid in other fields too.

Did your stay in Japan change the way you see and practice martial arts in France?

Of course! In Japan, the practitioners show more respect to each other. There is a sense of discipline that we don’t always find in France. Also, the sensei [teachers], especially at the Hombu Dojo where I passed my second Dan of Aikido, speak much less. They show the movement but without too many explanations. So, when I had to teach in France when I came back, or even when I practiced as a student, I obviously tried to retain the Japanese way of practicing.

I wanted to know the difference between an atemi, which is a symbolic strike that we retain in Aikido, and giving and receiving real blows.

You started fighting in kickboxing after discovering it during your stay in Japan, where it is very popular. What motivated you to take this new direction?

It is true; I discovered kickboxing in Japan at the Kuramitsu Gym. It was a brand-new experience, but for me, still linked to Aikido: I wanted to know the difference between an atemi, which is a symbolic strike that we retain in Aikido, and giving and receiving real blows. Then, when I returned to France, I met Jérôme le Banner, who had started his career in Japan. He trained me very seriously, and very naturally, the fight propositions followed..

I accepted the challenges to enter the ring because, for me, it didn’t make sense to practice a competitive sport without competition. The first fight was a great experience. I won, but above all, I was able to put to the test faculties that Aikido had not allowed me to discover: to not spare the other who is an opponent and not a partner, to manage stress and adrenaline, to consider that in boxing, there is no second place–one is either a winner or a loser, and finally, the management of pain. In Aikido, we stop at the sensation, but in boxing, we go beyond it, and we even go beyond pain. The pain we inflict and the pain we receive. Basically, it was no longer a question of preserving the partner’s integrity but of destroying it instead!

How do you approach the competition aspect of kickboxing, which does not exist in Aikido? Has it changed the way you experience martial arts?

As I started to address in your previous question, there are a lot of mental conversions to be done when going from Aikido to kickboxing, from a martial art to a sport, and from a non-competitive self-defense discipline to a competition!

There is also a lot of pre-learning concerning the body: in kickboxing, you must have solid cardio, everything goes very fast, and the slightest fraction of a second can be decisive. Then, you have to mobilize your whole body. You don’t only hit with your fists and legs, but you also have to learn to place your center, be anchored but light, use your abdominal belt to take the blows,  dodge,  turn your hips correctly, and free your shoulders. It’s very delicate work.

Then, there are also tactics–not only technique: you have to know when to defend and when to attack. You also have to know how to manage your energy and not spend it all in the first round. There is a principle of economy that you have to implement. All this obviously changes the way you practice other martial arts.

As for the competition, I find it very motivating: you have to be able to show all these skills in a few minutes, the time of three or five rounds, whereas the learning and training are done intensively over months before the deadline.

You plan to come back to Japan very soon. What are your objectives this time?

First of all, my objective is to return to the Japan that I love so much and the people I miss there! Then, I want to prepare for my third Dan in Aikido, and obviously, train in kickboxing! If, in addition, I have the chance to find a teaching position in philosophy, it would allow me to spend more time there. I would also like to improve my Japanese! 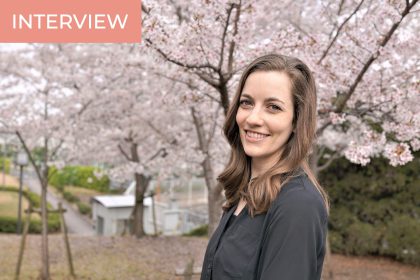 Michele Fujii: How to Learn Japanese Literature, Language, and History 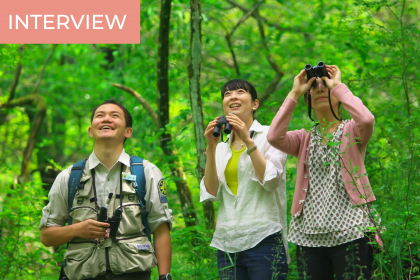 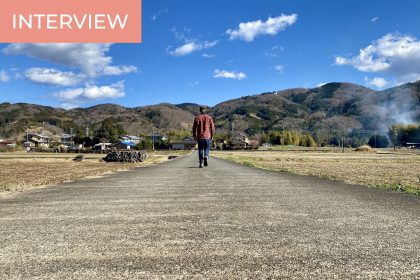 Buying an Akiya or Vacant House in Japan