My mind is perhaps more colorful than yours–and I mean that in an objective sense. I have synesthesia, a condition in which one sense is stimulated automatically with another. These can come in all sorts of interesting jumbles: for me, I see color in the back of my mind with words and music, but I have met another synesthete who told me that the sound of icicles shattering “tasted sour.”

I have two of the most common types, the first being grapheme-color synesthesia; all letters, words, and characters are associated with a different colored aura in the back of my mind, which generally does not change. These associations often happen with experience–“red” is the color red, and “bee” is yellow and black–but some I really can’t explain, such as names: “Kelsey” is yellow with an orange-ish tint because of the Y–if you change the spelling to Kelsi, it becomes green-ish because of the I. While “bee” is black and yellow, the letter B is blue. Additionally, everyone’s color associations are unique; I’ve gotten in a minor dispute with someone about the correct color of “Friday”–purple, obviously. (By the way, “synesthesia” is periwinkle.)

I also have chromesthesia, which means, for me, music is associated with a color. It’s somewhat like looking at the dancing colors when watching with the old-school Windows Media Player, but much more blurry and indistinct. These can also form with associations–colors can take on dominant colors of music videos or “moods” commonly associated with those colors (slow ballads and sadder songs are often gray, for example), but some are also just random; Don Omar’s “Danza Kuduro,” Junsu’s “Incredible,” and “Sadi Gali” from the movie Tanu Weds Manu are all a mix of sea green, light blue, and orange/yellow (although there are plenty of upbeat songs that aren’t).

In my case, I don’t physically see any of the colors, although some people do. They float around in the back of my mind, and most of the time I can ignore them. (It actually took me until high school to recognize my grapheme-color association was not “normal” and didn’t realize I had chromesthesia until university.) If you are scratching your head to understand (I wouldn’t blame you), try taking the “Bouba-Kiki” test. Between “bouba” and “kiki,” two made-up words, which sounds rounder? Which sounds sharper? Spoiler: about 90% of participants say “bouba” sounds round, and “kiki” sounds sharp–but shapes aren’t sounds, are they? Synesthesia is something like this, but colorized in my case.

How Does Synesthesia Affect How I “See” Kanji?

In English, individual letters in isolation and whole words can both have unique colors, while letters and spelling can influence the color of whole words to some extent. Words and letters can also have a certain subsidiary vibe about them–for example, something about “six,” which is predominantly orange, just seems so darkly purple in the background.

This takes on a new life in Japanese with kanji, as each radical can wear a color of its own. Let me explain with one of my favorite kanji: 線 (sen, “line”). The left radical 糸 (ito, thread) is a pleasant red color, while the top 白 (shiro, white) is a delicate white, atop the sky-blue 水 (mizu, water) radical. Many people choose kanji such as 愛 (ai, “love”) or 夢 (yume, “dream”) because of their meanings, and on the other hand, I even had one friend who hated 車 (kuruma, “car”) with a passion simply because he disliked writing it. However, in my case, I cannot discount the massive influence invisible color has on my preferences–otherwise, I can’t think of too many people who would nominate “line” as their favorite kanji.

However, to make things more complicated, just like some letters in context, radicals can take on different colors in different kanji. 田 (ta, “rice field”) is clearly yellow to my mind, and likewise, 心 (kokoro, “heart”–this website’s namesake) is pink; yet when it is adopted the kanji for 思う (omou, “think”) they turn blue and white, respectively.

While the colors of some letters, words, radicals, and characters are unambiguous, not all of them are so. For example, the kanji in 言う (iu, “say”)  is generally green, but the 口 (kuchi, mouth) radical seems vaguely reddish. However, it doesn’t stand out in my mind, and I can’t be as certain as the examples in the above paragraph. For a non-synesthete parallel example, imagine the face of someone close to you, such as a friend or family member. You can probably imagine their visage quite clearly, but then what happens when I ask you to zoom in on their nose? Can you remember the exact shape? Perhaps not.

I’ve been asked before if I think this phenomenon helps me when learning languages. My jury is still out on that one: sometimes I confuse two seemingly-unrelated words because of their colors. In English, I mix up “three” and “seven” all too often because they are both green, and I previously consistently called a former coworker “Miyazaki” (宮崎) instead of his real name “Yamazaki” (山崎) because the first kanji in both names were strikingly yellow. Then there are some examples of the opposite effect: Once while taking a test, I meant to write 料理 (ryori, cooking), I wrote 科理 (a non-word made of two real kanji–note the difference of the left radical in the first kanji) and knew something was off. I realized it was too orange.

Therefore, I could argue on either side whether this helps or hinders my language acquisition. While most people try hard to understand what words and music are like in my brain, I struggle with the opposite–learning kanji must be so plain and dull if the characters are not surrounded by some vague color. I presume some readers still are in relative disbelief that being bombarded with color isn’t hindering or annoying on a daily level. I guess the only way I could explain it would be if you lived in a room with some sort of faint, white noise going on your entire life. It doesn’t bother you, and you really don’t even know it’s there. It might even be somewhat pleasant. However, once it stops, when the room becomes suddenly and strikingly quiet, then you notice it instantly. My room will never get quiet, and I don’t want the faint, colored humming to go away, because with this ability, there’s an added layer of wonder (or ugly dumpster-green) to words.

And that is beautiful. 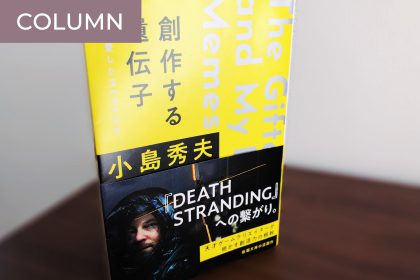 My Japanese Learning Goals for 2021 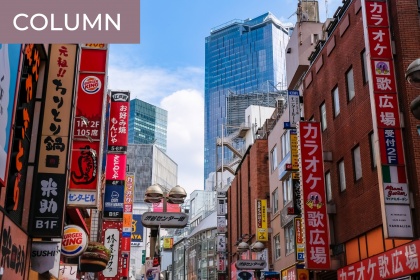 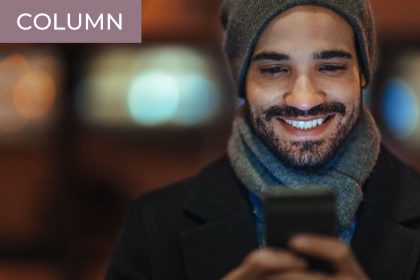 How to Choose the Right Digital Flashcard App for Studying Japanese