Mr. Komatsu was not destined to work in the traditional clothing business. However, when his father-in-law needed his help to open an online shop, Mr. Komatsu discovered the world of tabi, the traditional Japanese footwear. In the following interview, he tells us about reaching a foreign audience and his projects to give more life to Gyoda City.

Could you tell us what the Samurai Tabi Project consists of?

My company, Musashino Uniform, is located in the city of Gyoda in Saitama Prefecture. The industry of making tabi [traditional Japanese footwear] used to be huge in this city, but it’s declining. Until the ‘60s, it produced 80% of Japan’s tabi! But then stockings and socks became fashionable, and the city produced less and less tabi.

The idea behind “Samurai Tabi” is to sell all sorts of tabi to revitalize the area, to give a new impulse, and cheer the city up. Since the Japanese market is already saturated, I started the Samurai Tabi Project to reach a foreign audience. We started it in 2012.

We design and sell the Samurai Tabi, but the people actually making it are all artisans from Gyoda City. There are 13 steps to make a pair of tabi, and for each stage, a specific artisan is working. Some artisans can master three or four steps, but it’s extremely rare to find someone able to do the whole process. If we sell a lot of tabi, the workshops get more work. If they get more work, they’ll employ more people. And if the people they employ decide to live in Gyoda City, the city will be livelier. That’s also what I hope to do.

Another problem I’d like to tackle is that the artisans are aging. The average age is about 60 years old, and the youngest artisan is about 40 years old. If we manage to make the tabi fashionable, young people will see it, and it may make them want to become tabi artisans.

How did you end up creating this project?

Originally, Musashino Uniform specialized in making all sorts of work clothes, white coats, and office clothes. It was created in 1960. Actually, the company is owned by my wife’s parents! I have my own IT company, and one day, my father-in-law asked me to help him build an online shop. To do so, I had to keep an eye on all his products. That’s how I started working for Musashino Uniform, too.

At the time, I was living in Kawasaki [in Kanagawa Prefecture, about 100 km from Gyoda]. I ended up moving to Gyoda at the end of 2011 because it was more comfortable that way.  That’s how I learned about Gyoda being a “city of tabi.” I started thinking about what I could do, and some friends also made suggestions.

The very first tabi we created in 2012 was yellow with a black dots pattern. When I saw it, I thought it would fit the Western-style clothing, too. I had the foreign market in mind immediately, but we had no opportunity to reach this market. Then in 2014, I had the chance to go to the Republic of San Marino. They had just built a Shinto shrine, this place gave us the first opportunity to sell tabi outside of Japan.

Is there a message you would like to convey through the Samurai Tabi Project?

First of all, I’d like people to try the tabi on! When you wear tabi, the functions of your feet go back to normal, compared to wearing normal shoes. For example, your body balance becomes better, and troubles like bunions can be fixed. When you stand up for a long time, your legs will get tired less quickly. I’d like everyone to try to wear tabi and test their health benefits by themselves.

For now, our main foreign customers are people who have already visited Japan and have already seen tabi. But there are also many people who have no idea what this is. In this case, we organize fashion shows and demonstrate how you wear and put tabi on. Then, people can have an idea of how to coordinate them with their usual clothes. But for some reason, in Paris, people prefer outdoor tabi, which are like shoes with rubber soles. They would buy a pair, put them on immediately, and go back home in them.

What are your projects and objectives for the future?

I was planning a lot of things for this year: to present the Samurai Tabi in Paris and Taipei. But because of the pandemic, I think we won’t be able to go anywhere this year. Next year, it would be nice if we could open a pop-up store in Paris to present all kinds of products from Saitama Prefecture.

My ultimate goal would be for people to associate Gyoda City with the word “tabi” and vice versa. When we go sell our tabi in other countries, it’s an opportunity to get the town of Gyoda known to more people.

Since I wasn’t from here initially, I can see Gyoda City’s positive aspects from an external point of view. First, Gyoda City has an area with lots of kofun [Japanese megalithic tombs]. This place is called Sakitama Kofun Park, and the name for Saitama Prefecture actually comes from there. We also have a castle called Oshi Castle, which I find beautiful. And then, of course, we have the tabi and lots of ancient tabi traditional storehouses. Today, these storehouses are reformed and made into new shops or restaurants. To compare, in the city of Kawagoe, the storehouses are all located in the same area. Still, in Gyoda, they are scattered throughout the city, so you can have fun walking around. There’s even an event called “Tabigura Meguri” [the tabi storehouse walking tour] taking place each year in April.

Since Gyoda is only one hour from Tokyo, I hope our tabi encourages people to visit the city during their next trip to Japan. Gyoda is in the process of building a destination marketing organization, so we have a common objective.

Is there anything specific to the Japanese culture that you have integrated into your work?

Our tabi design is modern, but we also make sure to integrate traditional Japanese patterns that have existed since ancient times. For example, the waves pattern called seigaiha, the arrow fletching pattern called yagasuri, or the hemp pattern called asanoha [click here for more information about these patterns]. I want to adapt the tabi design to the Western way of clothing, but I also want to show a sense of Japanese beauty.

Mr. Komatsu’s Gyoda City represents the many problems Japan currently has to deal with. Mainly: an aging population, young people leaving smaller towns, and declining traditions. However, by reviving the traditional tabi with a more modern touch, Samurai Tabi has the potential to create job positions. It could make young people want to work in this field, and move to Gyoda City. At the same time, by trying to reach a foreign audience, Samurai Tabi promotes Gyoda City and the Japanese sense of aesthetics. The Samurai Tabi Project shows how several problems can be tackled at once. Mr. Komatsu shows what can be done by having a fresh look at Japanese traditions and communicating with as many people as possible all over the world.

Namahage: Should You Really Be Afraid Of These Japanese Demons?

Bringing Thailand and Japan Together through Positivity 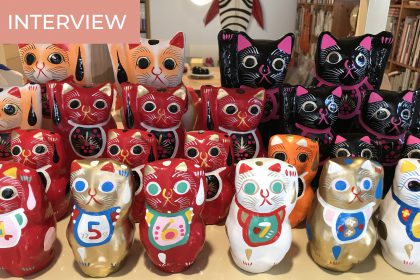 The Hidden Powers of Manekineko and Japanese Toys 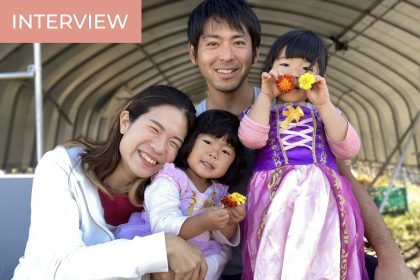 Changing the Negative Perception of Organic Farming in Japan 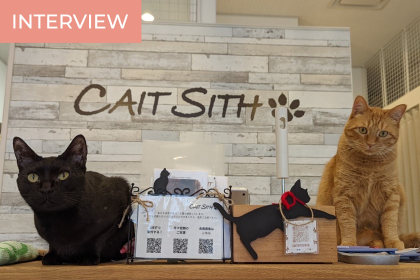