Following the news is critical for getting a pulse on what’s really happening in Japan—the events and trends that are shaping Japanese culture in real time. Additionally, Japanese entertainment such as television shows, video games, and comics refract culture as a prism does light, enabling people all over the world to analyze and reflect its content.

Norio Tera, digital news team product manager at Fuji Television, has made it his mission in life to ensure that Japanese media and entertainment remains relevant and viable for generations to come. Over the years, I’ve witnessed Norio’s passion for his work, and it is with great excitement that I can finally share his insights with you. In the interview that follows, we cover a full spectrum of topics, including:

By the end of this interview, you’ll have a better understanding of Japan’s media and entertainment industry, complete with actionable advice should you wish to become a part of it.

What led you to work for a Japanese television station?

After graduating from university, I worked for Cybird, a startup that provided mobile content. I was involved in the planning of content related to Fuji Television Network’s TV shows.

While I was working on projects such as real-time-participation quiz shows on mobile phones, I felt that combining existing mass media with the internet could realize even more fun and unseen possibilities. I began to think that focusing on this area might be my life’s work. One day, I had the opportunity to apply for a mid-career position at Fuji Television, and I joined the company in 2010.

To maintain the information infrastructure for society in a drastically changing media environment, news bureaus also need to face monetization.

Since 2018 you’ve been focusing on the development and promotion of the Fuji News Network (FNN) Prime Online website. With over 100 million page views per month, this can be considered a digital transformation [DX] success story. How did you and your team achieve this?

First of all, a company decision established that the news department should also work on monetization. Typically, the news department is not a business division in Japanese television stations. However, to maintain the information infrastructure for society in a drastically changing media environment, news bureaus also need to face monetization. Therefore, FNN Prime Online was launched by forming a team comprised of people from different departments within the company. I joined the project as a member of the digital business department.

When TV stations offer news services, they usually want people to watch videos. However, we prioritized the text versions of our videos.

There are three factors that contributed to the growth of our news business. The first factor is a distributed media strategy. In Japan, people typically use Yahoo! Japan, LINE, Smart News, and other services to check news online. We provided our content to these external platforms and included links to our own site to gain traffic.

The second factor was producing articles instead of videos. When TV stations offer news services, they usually want people to watch videos. However, we prioritized the text versions of our videos. This format is easy to distribute, which ties directly into the first strategy I mentioned. And, from a user-first perspective, it is more efficient for people to quickly scroll through a text article on a smartphone than it is to get the same information from a video.

The final factor was data analysis. In the newsroom, everyone checks access logs in real-time. We gain insight into what users want in the moment, and we can quickly respond by providing additional content that meets those needs.

Just to clarify, where does monetization occur in this business model?

The business model is advertising. If users view our content on Yahoo! Japan, Smart News, or LINE, they will see a lot of advertisements. We share the revenue generated from the placement of these advertisements.

Having a prototype is useful for persuading others, especially when it comes to intangible digital services.

What challenges did you face during this digital transformation process?

It’s always difficult to obtain organizational consensus. For example, let’s say you want to implement the measure I described earlier: distributing content to other platforms. People like me, who want to promote digitization, are convinced that it is the right thing to do. But for others, it’s hard to see this strategy in a tangible form, so they don’t understand it and don’t take action.

Luckily, I had experience launching another news site, Houdoukyoku, with a smaller team, before launching FNN Prime Online. Because there was already a tangible prototype of what I wanted to do, I was able to build a consensus within our organization.

This makes me think of the Japanese business concept of nemawashi. Is this what you’re referring to? Are you saying that a prototype can help with the nemawashi process?

Having a prototype is useful for persuading others, especially when it comes to intangible digital services. In my case, since I had Houdoukyoku as an example, it was easy for me to show other employees where links would be placed and so on. This made my case more convincing.

With so many Japanese companies struggling with digital transformation, what advice can you share, based on your experience?

Let me quote the words of Admiral Isoroku Yamamoto. He was the commander-in-chief of the Combined Fleet during World War II. Of course, I don’t agree with his actions during the war. However, Admiral Yamamoto is famous in Japan. He said, “Show them, tell them, let them try, and give them compliments or they will not do anything.”

It means that people won’t listen to you unless you demonstrate what you want them to do, teach it, let them try it, and then give them positive feedback on their performance. I don’t say this coming from a position of superiority. I simply think this expression applies well to explaining digital concepts because they are often invisible.

I noticed that you have a lot of experience working with Japanese pop culture. Why do you think it is so attractive internationally?

Why is this especially the case for Japan? When compared to other countries, Japanese pop culture—particularly video games, comics, and anime—is especially renowned.

Perhaps it’s because Japan is famous for creating projects while paying great attention to details. We tend to be diligent. For example, recently Demon Slayer: Kimetsu no Yaiba has become popular, and I believe the reason for this is its detailed artwork. You know the word, otaku, right? People that have an otaku nature can focus on perfecting one thing, and this perfectionism can be attractive to international audiences.

In addition to being a producer and product manager, you are also a writer and content creator. What advice do you have for aspiring writers and creators, especially when it comes to making content for Japanese audiences?

Content where foreigners rediscover the value of Japan is popular with Japanese people. For example, the other day, the news reported on a scene in which an international student from France was impressed by grilled ginger pork. This dish is so common for Japanese people, but for the French, pork, ginger, and soy sauce are an incredible combination.

Additionally, as a tech writer, I sometimes contribute articles to our own news site. I’ve learned that articles about Japanese startups being praised at overseas events are read often.

We recognize our domestic-market focus. It’s difficult for many young startup CEOs to expand their business to overseas markets, and being praised at overseas events is a rare occurrence. So, content about success in other countries receives a lot of attention.

When you mentioned the story about the French student, I immediately thought about the TV show, YOUは何しに日本へ? [Why Did You Come to Japan?]. I’ve always wondered why this kind of content is popular. Why do Japanese people care so much about the foreign experience in Japan?

This is just my personal opinion, but after World War II, I believe that, unconsciously, many Japanese people lost a sense of confidence. This is despite all of the economic growth that we’ve achieved and the birth of major companies such as Sony, Toyota, Panasonic, and so on. The war cast a heavy shadow on Japan’s mindset. However, when we see instances where foreigners compliment Japanese culture, it gives us a way to regain our confidence. So, that might be why this kind of content is popular in Japan.

The Role of Japanese Culture in News Reporting

Have you noticed significant differences between Japanese and Western news media organizations, especially regarding the coverage of major events such as the 2011 Tohoku earthquake or the assassination of former Prime Minister Shinzo Abe?

As far as I’m concerned, we approach the news with ambiguity and tend to postpone firm conclusions. When the 2011 Tohoku earthquake occurred, I was in another department and not in the newsroom. So, my personal impression is that while foreign media faced the Fukushima nuclear accident in a straightforward way, Japanese media still puts off a clear conclusion on what to do about nuclear power plants, even after more than 10 years have passed.

Regarding the murder of Shinzo Abe, I think the foreign media immediately praised him as a great leader. In Japan, of course, there was also this aspect, but there were also reports of skeptical opinions about his achievements. The Japanese press takes a very cautious attitude when it comes to taking one side or the other.

Why is this the case?

It might be due to our homogeneous culture. Within Japanese culture, borders are often ambiguous. For example, during the Edo period, several families lived together in long homes called nagaya. In other words, these were houses without borders. Perhaps, due in part to this culture, we tend to avoid making concrete conclusions. In nagaya, we could freely flow between different rooms, and we can see that concept play out in the news media as well.

So, is this a way to maintain cultural harmony?

Yes, harmony is an appropriate word. Harmony is always the ultimate goal in Japanese society. It’s our highest priority.

How to Keep Up with the News in Japan

To conclude, what advice do you have for our readers when it comes to staying on top of the news in Japan?

In Japan people use Yahoo! Japan to check the news, but there is no English version of this website. There are also several websites that deliver Japanese news in English. One of them is Japan Today, which—full disclosure—is actually operated by GPlusMedia, a member of our media group, Fuji Media Holdings. I can recommend this site firstly because it’s free, and secondly, there is a comment section under each news article where you can check out the real opinions of readers. That being said, if you can translate the comments on Yahoo! Japan articles, I recommend reading those as well. By checking out the comments on both websites, you can get a full picture of what’s going on in Japan. 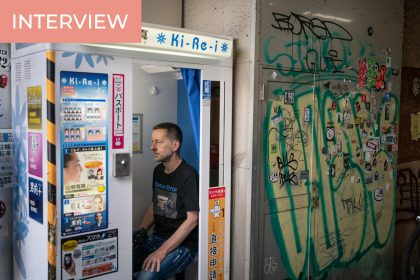 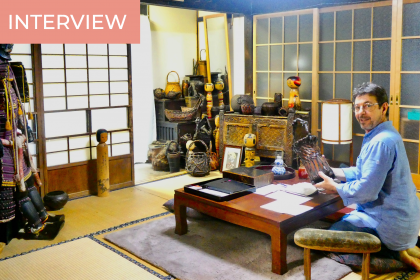 How a Frenchman Fell in Love with Japanese Antiques 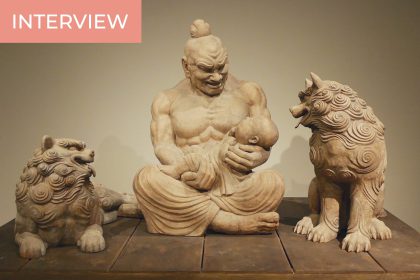