There’s no beating around the bush: Japan is not a cheap place to live in Asia. Of course, especially compared to many European and North American countries, Japan’s cost of living is not particularly expensive either.

Japan is experiencing inflation, but it’s significantly lower than that experienced by other high-income countries. Currently, the yen is weak to the US dollar, which many are quick to point out makes it cheaper to visit. However, if you are currently or planning on working in Japan, this point is moot because you’re likely making and spending money in yen.

Regardless of Japan’s relative cost, how do you reduce your expenses while living there? I’d like to share my experience with living on a tight budget.

During my fourth year living in Japan, I took a job at a nonprofit NGO in Tokyo. Nonprofits have a reputation for being low-paying, and unfortunately, Japan is no different. However, despite working in the most expensive city in Japan, I managed to survive on about 200,000 yen a month.

Here is my multifaceted approach that you too can take to reduce your spending in Japan.

#1: Shop for Discounted Goods and Services

When shopping for anything, whether it’s food, a SIM card, or furniture, make sure you look at discount stores or sections.

Whether you need stationery or cooking supplies, a great first stop is the countless 100-yen stores. These have fantastic reputations in Japan and are a wonderful environment to shop in. I bought a chef’s knife at one before, and my mom even commented on how well it still cut when she visited a couple of years later.

Many supermarkets will have a small section for imperfect or slightly damaged foods. Many times, these products will have a sticker on them saying 訳あり or ワケあり (wake ari, literally “with reason”). This tells the shopper that the products have a reduced price for a reason (such as a bruise or damaged box), but they are still safe for consumption. You may also see it specified as 傷あり (kizu ari, or “damaged”). In fact, there was a greengrocer around the corner from where I worked in Tokyo who specialized in wake ari produce, so see if you can find one in your neighborhood.

In addition, supermarkets such as Gyomu Super and Hanamasa sell products in bulk (業務用 gyomu-yo) to get you a good deal without a membership like Costco.

Also search online and in-person for secondhand items. Book Off, Hard Off, and Off House sell gently used (中古 chuko) books, electronics, and home items and furniture at discounted rates.

Finally, try to avoid signing contracts for services unless you know you’ll get the best deal out of it. For example, I bought a SIM card from Freetel instead of signing a contract with a major cell carrier. I was incredibly happy with my service and only paid about 2,500-3,000 yen per month.

A lot of this starts with a library card. The local library I joined in Utsunomiya was lackluster, but I was very glad that I kept my library card information from my hometown in Indiana, USA. Why? Because it gave me free access to a wealth of ebooks, audiobooks, and other entertainment through Libby (including the Japan Foundation’s partnership program) and Hoopla as well as the Mango Languages app (which has a beginner’s Japanese language course as well as lessons on English loanwords and mimetic words). If you don’t currently have one, see if you can open one during a visit back home or if you can borrow a friend’s.

It’s also great to take advantage of cheap or free video content on the internet. I started using YouTube to exercise in Japan because gym memberships were so expensive, and I know others who streamed cooking or guitar lessons online as well.

If you want to do something locally for a social experience, see what you can find with 無料体験 (muryo taiken), which means “free trial.” Many services have free or reduced trial fees. For example, ABC Cooking Studio has a 500-yen trial for a two-hour cooking lesson.

#3: Decide What You Can Live Without

You’ll probably already be living without a dishwasher and dryer in your home. This is a great chance to consider what other home items and furniture you can live without. For example, when my washing machine broke, I threw my clothes into my bathtub and cleaned them during my showers until I was ready to buy another.

I also forewent using my energy-inefficient AC/heating units in my apartments because my energy bills would skyrocket by just a small amount of use. Instead, I relied on standing fans and other tricks to deal with sleeping in the heat during the summer, and a space heater, electric blanket, and bubble-wrapping my windows during the winter.

#4: Be Strategic About Housing

When I moved to the Tokyo area from Utsunomiya, Tochigi Prefecture, I did a lot of research to find an apartment that suited my needs. Rent close to work was too expensive with too little living space, and I ultimately (and luckily) found a spacious apartment about a 45-minute direct train ride away in Chiba Prefecture for about 60,000 yen per month.

I initially looked into share houses within Tokyo expecting to find a great deal. However, my options even in Tokyo were incredibly limited, and to boot they weren’t cheaper than if I rented my own apartment. On the other hand, many of them come fully or partially furnished, so especially if you are moving to a new area, they could be what you need to avoid moving fees or purchasing furniture.

Additionally, many employers in Japan subsidize transportation costs to work, so if this is not included in your benefits package, ask anyway. (Although it would have been nicer if it was a more general cost of living subsidy I could apply to a closer apartment and avoid the busy, hour commutes.)

Is Japan cheap? Not particularly. Is Japan expensive? Again, not particularly. Yes, for being in a major city, my salary in Tokyo was paltry. However, with the right strategy, Japan–and even Tokyo–offers you many ways to save money. Therefore, it is possible to survive and thrive in Japan on a limited budget. 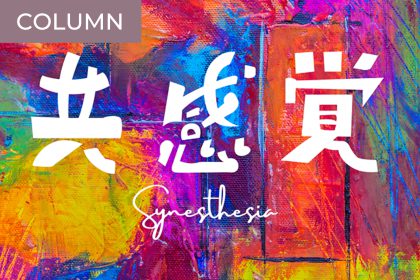 Seeing Kanji as Color: Japanese in the Mind of a Synesthete 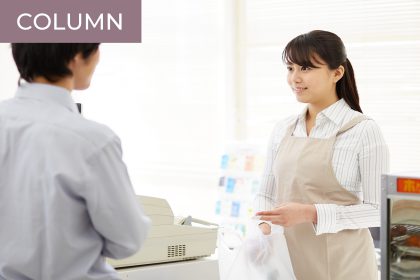 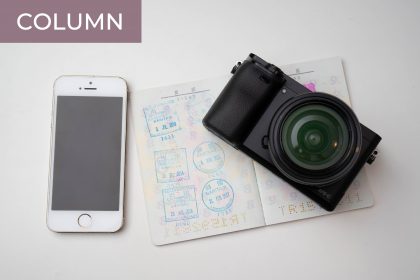