Kota Nagami is a Japanese national currently living in Sydney, Australia. He made the decision to move there to find the right balance between work and nature, as well as to have a direct experience with the global business. He now works at doq, a cross-cultural marketing agency founded in Australia by Japanese entrepreneur Yoshinori Sakuno. The company’s team is composed of Japanese and Australian people who have diverse experiences in several countries. In this interview, Mr. Nagami tells us about the difference doq’s being on the field makes to Japanese partner companies. He also tells us about cultural differences, and how living in Australia has changed his way of seeing Japan.

I’m the strategic planning supervisor at doq. doq is a cross-cultural marketing company located in Sydney, Australia, and we do marketing support for the Australian and New Zealand markets. Our clients are Japanese companies and local governments. Half of our work is related to promoting tourism in Japan. The remaining half is helping Japanese companies,such as a major beverage company or a watch manufacturer.

What I do at doq is planning the marketing. For example, if we promote tourism, I’ll analyze data such as the current status of the Australian market, or what Australian tourists are interested in when they visit Japan. From there, I’ll propose a promotion concept for our clients. I’ll also plan what kind of content to create and what kind of media to use.

Our strength is that we are directly located in Australia. Nowadays, it’s easy to get all sorts of data from the internet. Still, we have a more direct experience of the Australians’ everyday life and what they really feel.

A thing our clients give good feedback about is how we adapt to them. We have very diverse clients, so we’re not going to advise the same kind of promotion for everybody. We offer customized services to our clients based on their specific issues.

How did you end up doing this job in Australia?

When I was living in Japan, I was already working in an advertising agency promoting tourism. I was working in the promotion company for the travel agency JTB. Starting from around 2010, the part of my job dedicated to promoting Japanese travel to foreign visitors just kept increasing. I would present data from the Australian or American markets when I advised promotion to my clients. But I, myself, had never lived in another country. I was recommending things to my clients without any kind of direct experience. The more time passed, the more I felt it was a contradiction. I end up thinking that I would not be able to give good advice if I didn’t experience the market directly on the field. I also wanted to be able to do business in English.

The reason I chose Australia is that I thought there was a good balance between the city and nature. From Sydney, you can be in nature in about 30 minutes. After living in Tokyo, I’ve lived in Okinawa for four years. Okinawa is excellent for the quality of life, while Tokyo offers a unique business environment. I was looking for a place that could unite these two qualities.

At the beginning of my life in Australia, I was taking classes in an English language school and working at a café at the same time. I was washing dishes. But after some time, I remembered that was not why I had come here. I thought I had to go back to marketing and promotion, which are my real skills. At the same time, doq asked me to help them in a competition regarding promoting tourism in Japan. I knew them from when I was working at JTB group, and I had contacted them on someone’s advice for a job related to the Australian market.

Usually, in an advertising agency, you get a budget from your client, and you use it through diverse media. But when our CEO started this company at the very beginning, he also built a platform to connect people from all the world with talented artisans and creators from Japan. When I heard this story directly from him, it resonated with me because he was trying to transmit the charms of Japan to the world by using our team’s own strengths, while producing marketing service to our clients. I thought that this was the best place to develop my skills. That’s how I gradually ended up working at doq.

What are the things you would like to communicate through your job?

In general, people in Australia have a positive image of the Japanese spirit and Japan as a travel destination. But in terms of promotion, I’d like to communicate the fact that there’s not only Kyoto but also lots of other exciting places.

Among our clients, even Japanese first-class companies tend to trust us when they don’t know something about the Australian market. They see us as partners rather than vendors. Since our job is more than just doing what we’re told, we have to think about how we can convey the qualities of the Japanese products to the Australian audience. It motivates me a lot.

What are your projects and wishes for the future?

We’re also planning to start our own media this October. The concept is to introduce many aspects of Japan through its food culture, since Japanese food is one of the most popular cuisines in Australia at the moment. Food is also the main interest of the Australian people who visit Japan.

By using food as the central concept, we want to be different from usual travel websites. With food, you can see Japanese culture as it is in everyday life and not just as something to “see.” We’re going to introduce Japanese food that can be eaten in Japan, but also the ones you can eat in Australia. This way, everybody can benefit from reading our website.

Is there an aspect specific to the Japanese culture and spirit that you integrate into your work, or that you admire?

Japanese people are very cautious regarding details. The main part of my job is to write proposals. When I compare our 40-page proposals with the same 40-page proposals from Australian companies, ours go much deeper into the details. In the job, too, Japanese companies provide extensive detailed support. It’s a quality that the Japanese have.

On the other hand, the proposals written by Australian companies are very good at expressing their concept, conveying the big idea, and the big picture. And when we lose to them, that’s often the reason why. This is a quality that the Japanese could learn from them.

After some time living here, I’ve come to understand why foreigners visiting Japan often say it’s clean. I think it’s not only about cleanliness, but also organization. Last year, I came back to Japan after spending a year in Australia. I was amazed at how, in Tokyo, so many people manage to walk around orderly or how quiet they act on the train. I understood why foreign tourists are so amazed by the Shibuya Crossing and the fact nobody bumps into each other.

Are there some aspects of the Australian culture that resemble Japanese culture?

Maybe their interest in meditation and mindfulness. For example, yoga is trendy here.

In Japan, we find beauty in quietness and simplicity, and it’s a trait the Australians share.

Foreign companies are still often surprised to find themselves “lost in translation” when they do business with Japanese counterparts. There is the assumption that since Japan is a modern country and a powerful economy, it must have the keys to deal with anybody on the global market. However, global business is not that simple, and it’s something Mr. Nagami had understood before even leaving Japan. It must have required some courage to make the decision to move to Australia to have a more genuine, direct experience of the local market.

For some reason, it had never occurred to me that the Japanese, too, must feel equally lost in translation when dealing with foreign businesses. From this point of view, doq’s presence in Australia must feel very reassuring.

As Kokoro’s editor-in-chief, I share Mr. Nagami’s realization that conveying a message to a new audience is not only a question of language. It’s also a question of habits and world views that can only be grasped in direct contact with the people. As Mr. Nagami told us, this, in turn, changes the way one views its home country and allows it to rediscover its qualities.

I hope that in the future, Kokoro, too, can become an actor in creating understanding between Japan and the rest of the world.

Bringing Thailand and Japan Together through Positivity 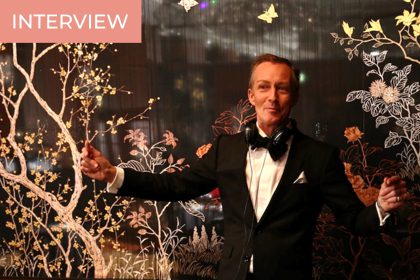 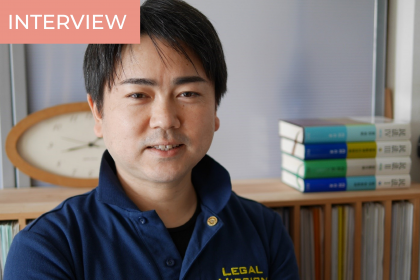 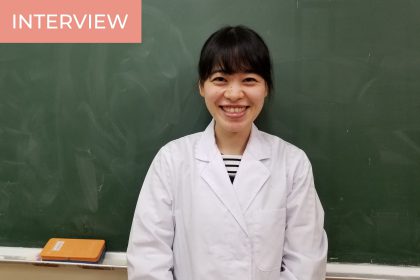