I vividly remember the moment when I learned the Japanese word for soft-boiled egg: hanjuku tamago. It wasn’t long after I had arrived in Japan in January 2009, with little more than a year of elementary Japanese floating around in my head. I was able to survive most day-to-day interactions in Japanese, but moving from textbook to reality was jarring, and I had a seemingly infinite number of new vocabulary words and expressions to learn. As someone who often ate at the ubiquitous gyudon (beef bowl) chain, Yoshinoya, hanjuku tamago was one such expression.

A Tale of Two Beef Bowls

As a freshly minted commercial English instructor, the only thing tighter than my schedule was my lunch budget. This meant that my lunch breaks were lightning quick and took place at the closest restaurant I could find, which in those days, was a Yoshinoya in the heart of Tokyo’s Nishi-shinjuku business district. I often took my breaks at odd hours, so the shop was usually empty, apart from the occasional salaryman subject to a similar fate as my own.

I had occasionally eaten at Yoshinoya when I lived in California, and I figured the Japanese menu would be more or less the same as what I had known in my previous life on the other side of the Pacific. However, as I would eventually learn with many “familiar” brands, the original Japanese Yoshinoya menu might as well have been from an entirely different restaurant chain.

One day, I observed a salaryman pouring a gooey egg—not raw, but not hard-boiled—into his beef bowl, completing a gastronomic trilogy of carbohydrates, beef, and dairy. After watching him complete his concoction with a scoop of beni shoga (red pickled ginger) strips and a dash of shichimi (spice powder), I was sold on trying this for myself. However, upon locating a picture of this gyudon variant on the menu, I had no idea how to utter my order to the shop staff. (Keep in mind that this was a time well before the prevalence of the smartphone-based, instant-translation technology that we rely on today).

Mustering my best elementary Japanese, I summoned the staff with a meek “sumimasen” (excuse me), pointed to the picture on the menu, and then mumbled something along the lines of kore wa nan to iimasu ka (How do you say this)?” With a friendly smile, the staff member replied, “hanjuku tamago.”

From then on, I would learn several new (and far more practical) vocabulary words from the patient staff member. For example, on a later occasion, I learned ohiya—an alternative for saying omizu—when asking for a glass of drinking water. (Which word is more appropriate would become an ongoing discussion I would have with other staff members at other restaurants).

As I continued to live and learn in Japan, it didn’t take long to discover that such small talk, especially in Tokyo, is rare and can even be off-putting. However, with a little emotional intelligence, it is possible to learn practical Japanese through your daily interactions. The key lies in yet another Japanese expression that I picked up in my daily interactions of the time (this time with colleagues):  kuki o yomu, which roughly translates as “reading the air.” An American-English equivalent might be “reading the room.”

Not all of my random encounters worked out as smoothly as that fateful Yoshinoya lunch break. Around that same period in my life, I remember stumbling upon another gyudon shop—Matsuya, in Kichijoji, Tokyo—one weekend. However, the thing about Matsuya, circa 2009, is that the name of the restaurant was only written in kanji. Be it on the store sign, promotional materials, or menu, there was no furigana (and certainly no English) associated with the company’s branding.

Excited to try a new twist on an old favorite, yet unfamiliar with this new (to me, at least) brand, I entered the shop on account of the menu pictures in the window. Twenty minutes later, and satisfied with my meal, I wanted to learn the name of this restaurant for future reference. So, being the naïve, fresh-from-America foreigner that I was, I once again uttered a soft “sumimasen,” this time directed at the elderly man dining alone next to me. Pointing to the shop name on the menu, I managed to ask “kono kanji wa nan desu ka (What is this kanji)?” The man glared at me as if I had committed a crime against humanity and grumbled, “Matsuya.” Then, he abruptly returned to consuming his meal.

I thanked the man and went on my way. Obviously, I had failed miserably to read the air in this situation. This moment reminded me that I had to be careful when deploying American-style small talk in Tokyo, a place where people often dine alone and want to be left alone while doing so. I realized how critical it is to read the air before speaking with people I don’t know. Naturally, to various extents, this is true anywhere in the world. However, I find that the denizens of Tokyo can be especially sensitive in this regard.

So, for those who wish to learn authentic Japanese on the go, how can one read the air and avoid embarrassing situations? The solution lies in looking for telltale signs.

How to Read the Air

When it comes to getting away with small talk, the first thing to assess is how busy or crowded your environment is. Providing high-quality customer service equally to all customers is paramount in Japan, and you never want to interfere with staff who are busy attending to customers. And you certainly don’t want to take up a disproportionate amount of their time, which could create the impression that they are favoring you over others. The key to the Yoshinoya story is that I was almost always there when the shop was virtually empty, and the staff had some idle time. My simple vocabulary questions never distracted them from their duties. Additionally, the staff was personable, which brings me to my next point.

Observe body language and behavior. Although Japanese service levels are typically high, this doesn’t mean that it always comes with a smile, and without that, you may want to hold back. Another important way to read the air is to take time to simply gauge the willingness of someone to talk to you. This is where things went wrong during my Matsuya experience. The elderly man simply wanted to enjoy his meal in peace without being bothered by simple questions from a random gaijin. If I had taken my time and had been more observant, I would have realized this.

On the contrary, receiving a smile and preemptive small talk (e.g., “Where are you from?”) is a solid sign that you can respond with questions of your own, and perhaps you can even build long-term neighborly relationships.

Read the Air to Learn Even More than Words

The thoughts in this article may seem obvious to many. However, if you’re coming to Japan from a more socially open country, it can be easy to overlook the need to read the air when exploring the world around you. Some might suggest that it’s not even worth the trouble to engage with people we don’t know—just go with the flow like everyone else does.

Despite my own introverted nature, I argue that the rewards to learning from those around us are well worth the risk of occasional humiliation, especially if we are seeking knowledge beyond what’s in our textbooks and digital flashcard systems. I’ve learned many of my favorite expressions by chatting with random people in my community. Some of those evolved into full-blown conversations where I could hear first-hand accounts of what modern Japan was like across the generations—from the post-war period through the bubble economy.

A few of these small cultural exchanges blossomed into relationships that have lasted for years and are still going strong. There are business owners and staff throughout Nishi-shinjuku that I can still chit chat with, nearly a decade and a half after I first arrived in Tokyo. Few things create a better sense of community than that, and any foreigner in Japan knows that, as a cultural outsider, a feeling of belonging is hard to come by.

Japan, and specifically Tokyo, gets a bad rap when it comes to small talk and open communication. However, if you learn to read the air, you’ll find that you can learn natural Japanese anywhere. But more valuable than that, by revealing your vulnerability to open-minded people, you too may discover a community and sense of belonging, even as a foreigner in Japan.

How to Count in Japanese

Norifumi Suzuki: Now Is the Time to Launch a Startup in Japan 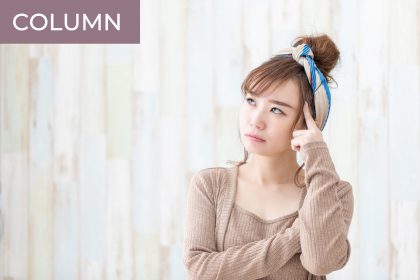 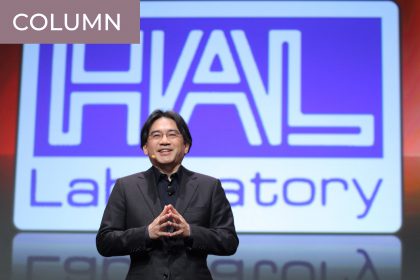 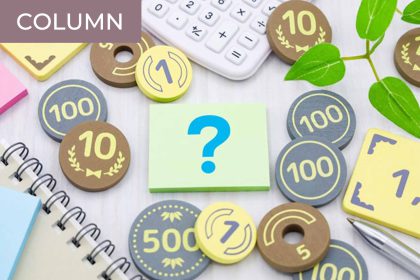