In 1995 the Great Hanshin Earthquake devastated the city of Kobe and its surroundings. Over 6,400 people tragically lost their lives during the disaster. According to Kyodo News, the Urban Disaster Research Institute in Tokyo revealed that one out of every 100 Japanese residents in the region suffered injuries. That ratio was nearly double for foreign residents. Experts attribute this disparity to a lack of emergency information that foreign residents could understand.

Plain Japanese, also known as easy Japanese, was created in response to this disaster in an effort to reduce the communication gap between Japanese citizens and foreign residents and tourists, especially in times of disaster. Plain Japanese was designed for those who know Japanese well enough to go shopping and interact with friends but struggle with using the language in more formal, complex situations.

Kyodo News reports that “According to a survey by the National Institute for Japanese Language and Linguistics, 62.6 percent of the foreign residents in Japan said they understand Japanese, while 44 percent said they understand English.” This makes a compelling case for a stop-gap version of Japanese that foreign residents can learn relatively quickly.

In this unfiltered talk, my fellow authors and I will explain how plain Japanese works and share our thoughts on how it can be helpful for tourists and residents alike.

What Is Plain Japanese?

Anthony: David, since you brought this to our attention, why don’t you share your thoughts first?

David: I believe plain Japanese is necessary not only for emergency announcements but also for the paperwork that we have to deal with in our daily lives. My mailbox is full of stuff from the ward office, and it’s written in full-on university-level Japanese. These documents are filled with difficult words with no furigana to help out. Each one is like a wall of kanji.

It’s not like I can’t read these documents, but I have to spend a lot of time deciphering things and looking up words. It’s unfortunate because I receive a lot of useful information about things such as free cancer screenings or changes to local policies. However, it’s hard to realize this right off the bat. There’s a lot of important information going out to foreign residents, but it’s not accessible. If there was an effort to simplify these notifications a bit with more furigana and simpler language, they would be more beneficial to the majority.

Amelie: I agree. For example, a few weeks ago, I received some information from my ward office regarding emergencies—perhaps because of last year’s typhoon season. They realized that people didn’t really know what they were supposed to do once a typhoon reaches a certain level of danger. We all got this message explaining the necessary precautions but nobody knew what it meant.

So I got this booklet from the ward office that explained everything. It included a map of my neighborhood that shows which areas are likely to be submerged in the event of a typhoon. It’s really well designed with great information about what to do in case of an emergency, but everything is in, like you said, university-level Japanese. There’s no English version—there’s just nothing simple inside. Even for children, it would be nice to have some kind of simplified version that you could make them read. In other words, plain Japanese would not only be helpful for foreign residents, but it would also be great for making important information more accessible to children.

David: When you consider children and students, the time invested in making plain Japanese content would be time well spent. It’s important to mention that having the information in English would be nice, but I understand that would take even more time and money to produce. So, I don’t mind receiving important information in Japanese, but it would be nice if it were something I could read within a reasonable amount of time.

Anthony: To add to that, a quick way to define plain Japanese is Japanese at a third-grade level. At first plain Japanese sounds like a niche product for two percent of the population, but in reality there are other segments of the Japanese population that could also benefit from it.

On a personal note, when I first arrived in Japan, I knew some basic Japanese, but I quickly realized that what I had learned in my textbooks was different from how people at restaurants and shops would speak to me. I couldn’t understand a lot of the keigo [formal Japanese] that they were using, and I would have to ask them to use simpler Japanese. So, I definitely see the value in plain Japanese. But, let me bring up another question related to your earlier comments. As more local governments invest money into training programs and producing plain Japanese documents, do you think it would be better if they just spent a little more to produce English-language content instead?  Would that be a better way to go for important public announcements or emergency communications?

David: I don’t think they should do that. I invested a lot of time in learning Japanese, and we are in Japan, so I think it’s logical to communicate in Japanese. It’s just that being able to fully understand keigo might be a little bit too ambitious. This is especially apparent when we look at other countries. You wouldn’t necessarily use overly formal language for these kinds of documents in Europe or America. Anyway, I’m not asking people to speak to me in English or in super simple Japanese. Plain Japanese works well. So, for example, instead of saying, “Where is your residence?” simply saying “Where do you live?” is just fine.

Amelie: Anthony, you mentioned earlier that over 60 percent of foreign residents in Japan understand Japanese. We need to have something for the remaining 40 percent. We also have to consider tourists: many of them speak some Japanese, but many don’t. So there should always be some English-language materials, even if it’s not a complete translation of everything that is available. Shortened versions that highlight key points would be sufficient.

Anthony: We’ve all been here a long time, so there’s an expectation that we should know Japanese for certain things. That being said, there was a point for all of us when we were new here, and even though we were studying, we could hardly do anything in Japanese. Plain Japanese is a good stepping stone toward full literacy and fluency, but like you said, Amelie, it’s good to look after that 40 percent and have critical information provided in English.

David: Sometimes learning Japanese feels like an on or off switch—it’s one or zero. When you speak Japanese, it comes with the expectation that you know all of the kanji, keigo, and idiomatic expressions. If that’s not the case, then you give off the impression that you can’t use Japanese at all.

Amelie: It’s like there are no intermediate levels in-between.

Anthony: Perhaps that’s where the true value of plain Japanese lies. If it continues to rise in popularity, more people will have a wider spectrum in which they can communicate, and that seems like something that will make life a little easier for everyone, Japanese and non-Japanese alike.

Together, These People Have Renovated an Entire Japanese Village 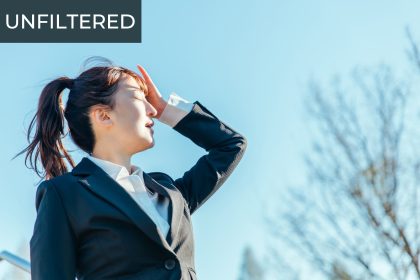 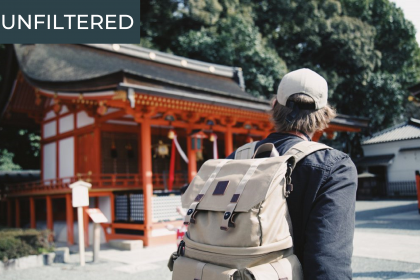 What We Wish We Had Known Before Moving to Japan 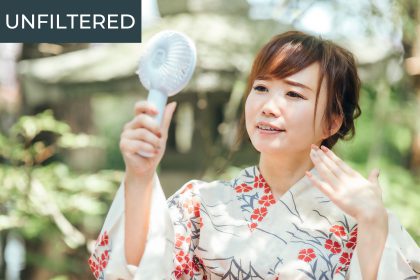