I first learned about municipal marketing in the mid-2000s while I was earning my MBA in California. During that time, The City of Riverside Development Department hosted an on-campus presentation about promoting the city to businesses around the country, and the world, to create a vibrant community and increase economic activity. Upon graduating, I joined the city’s marketing team and experienced municipal marketing firsthand. Little did I know that years later, I would be talking about municipal marketing once again—this time as an immigrant in Japan.

Yoshiharu Izaki has been the mayor of Nagareyama City since 2003. Located in Chiba Prefecture, Nagareyama City is famous for being the fastest-growing city in Japan and the only city in the country with a dedicated marketing team. Working with his team at city hall, Mayor Izaki has been leveraging his passion for diversity, urban development, and municipal marketing to make Nagareyama a place where anyone with passion and ambition can achieve their dreams. A geography and urban development enthusiast since his youth, Mayor Izaki’s passion led him to the US where he earned his master’s degree and worked for two urban planning companies. During this period, he experienced life-changing cross-cultural encounters that have made a tangible impact on his life, career, and vision for Nagareyama City.

In the picture above, Nagareyama City Mayor Yoshiharu Izaki stands in front of a poster featuring the phrase, ‘Think motherhood, think Nagareyama City.'”

Turning a Childhood Obsession into a Lifelong Career

After graduating from Rissho University in 1976, you moved to San Francisco to earn your master’s degree in geography and work as a city planning consultant. What inspired you to do this?

I’ve been interested in regional change and urbanization since I was six or seven years old. I’m obsessed with how quickly regions can change, the process of regional change, and predicting what a region will become in the future. When I was in high school, I read a book called toshi no miryoku [The Appeal of Cities] that was written by Japanese scholars. I was shocked that a professional academic field for my interests existed. That gave me hope, and I went to visit the authors who wrote the book. They told me this field is called urban geography. So, when I went to university in Japan, I joined the geography department. However, I learned that there were very few professions that utilized this field of study in Japan. I was interested in urban planning but, at that time in Japan, the field was dominated by architects and urban engineers. I was told that if I wanted to participate in urban planning and urban development, I should go to the US. So, I went to San Francisco State University for graduate school.

As graduation approached, I prepared to return to Japan. I applied to work at about 30 Japanese companies but none of them responded to me. At that time, Japanese companies were not interested in Japanese students who had studied abroad. It was believed that these students would be hard to control, tend to speak out or talk back. So, I started applying to city planning companies in the US. I ended up joining a small city planning company in San Francisco, a city that I loved. That led to an exciting, enjoyable time in my 20s.

I realized that I was now in a completely different part of the US. As I made friends, I learned more about segregation and discrimination.

How did your experience abroad impact your life and career?

After working in San Francisco, I was transferred to my employer’s Huston, Texas, branch. Eventually, I transferred to a rival company, also based in Houston. That company helped me obtain US permanent residency.

I tried hard to assimilate into American culture. I didn’t use Japanese until my newlywed life with my wife, who I first met in high school back in Japan. At the time, I thought, “I’m going to be the first generation, so I need to figure out how to successfully assimilate into the United States.” I wanted to be a good first-generation role model for my children.

When I lived on campus in San Francisco, I was in a progressive environment. I did not experience any discrimination. Houston, however, was a completely different world. Keep in mind that this was back in the 1980s. When I was searching for an apartment, I saw a large billboard on the side of the highway that said, “Welcome to the Capital of the KKK.” This was in Pasadena, Texas, a city within the Houston metropolitan area. I remember my daughter asking me about the KKK, and I had to explain it to her. I realized that I was now in a completely different part of the US. As I made friends, I learned more about segregation and discrimination. In particular, my Black friends would say things like, “Fifteen years ago, I wasn’t allowed to enter this park” or “Twenty years ago, I wasn’t allowed to use that restroom.”

Eventually, I experienced discrimination first-hand. Even so, I realized that the severity and magnitude were completely different than what my Black friends had experienced. I learned that there were different degrees of segregation.

One time, someone insulted me with a racial slur. At first, I didn’t get upset because I had never experienced this while I was growing up. I had only read about it in books. So, my initial reaction was to think: “Oh, this is that word that I read about in my Japanese-American history class.” However, a White friend of mine stepped in and said, “This man is my friend. Don’t speak to him like that. Apologize or leave.” About 30 minutes after that experience, I realized what had happened, and I started getting upset. I regretted that I didn’t take a stand against a slur that should not be tolerated.

I also learned how precious it is to understand different social, racial, and cultural backgrounds. When I had parties at my home, I invited people from all kinds of cultural backgrounds—Black, White, Hispanic, Japanese, Chinese, and so on. They were all my friends, but I noticed that sometimes older people expressed discomfort in this environment. Whenever that happened, I tried to mitigate that atmosphere by helping people understand each other and overcome unconscious barriers.

I made many friends in the US, and many of them were very positive and optimistic. I also became a Christian during my time there. My Christian friends had a special kind of optimism that was based on faith. All of this influenced me and made me a more positive, optimistic person. I realized that society evaluated me based on my actions and not where I came from, despite the glass ceiling that minorities and women faced.

The Importance of Diversity in Japan

Even if most of the people who live in Japan are Japanese, diversity is still important. Additionally, as a country that participates in the global economy and international affairs, we should understand different cultures and people from different religions and societies.

You have learned so much about the importance of connecting with people across cultures. However, we live in Japan, an island country where about 98% of the population is Japanese. Why is diversity important here and how can the lessons you learned abroad affect Japan?

Assuming that 98% of the population is Japanese, there are still a variety of personalities and situations within this majority—people who identify as LGBTQ, for example. We all have different priorities, characteristics, and values. So even if most of the people who live in Japan are Japanese, diversity is still important.

Additionally, as a country that participates in the global economy and international affairs, we should understand different cultures and people from different religions and societies. Through understanding we become rich, and life becomes more enjoyable.  If we don’t try to understand others, we only strengthen prejudice and discrimination.

We should make friends across different cultures. Besides, it’s fun and interesting to do so! After I moved back to Japan, whenever I see foreign residents, I try to say hello. The people I greet are almost always surprised. Many of them have never been greeted by a Japanese stranger—someone outside of their workplace or school. We usually have a short conversation, and they often ask where I’m from because they can’t believe I’m Japanese. I might not be a typical Japanese person. However, I believe that greeting people creates interesting interactions. These interactions can even lead to friendship. These encounters are precious.

That’s why we welcome everyone to Nagareyama. We have a slogan that says, “Think motherhood, think Nagareyama City.” However, this message isn’t limited to mothers. Whether you are a mother, father, entrepreneur, or anyone, it’s all about achieving your objectives in our city. We will help you. That’s our message.

You can see this in the satellite offices that we have for working mothers. You can see this in Henry Seals, who recently became a Japanese citizen and human rights commissioner for Nagareyama City. That’s very symbolic and shows that we welcome all kinds of people who are constructive and ambitious. I believe that is how we can create a pleasant city for everyone.

The Connection Between Municipal Marketing and City Growth

We should cater to people’s wants and needs. That’s the first step in marketing: finding out what citizens want and need.

Nagareyama is famous for being one of the few cities in Japan that continues to grow in population. What is driving this growth? Can the city’s success be replicated throughout Japan?

Governments tend to implement programs based on their convenience. However, the public sector should be more helpful to people. We need to address people’s needs. It’s not about what we want to do—our logic. We should cater to people’s wants and needs. That’s the first step in marketing: finding out what citizens want and need. At Nagareyama City Hall, we try to clarify that, and then provide products and services. That’s why people choose Nagareyama.

DEWKS families—dually employed with kids—are our target audience. Many municipal governments provide cash incentives to attract these families. However, cash doesn’t mean much for DEWKS. They need an environment or social system that supports them while they work and raise children. Cash isn’t the reason they choose where to live. So, instead of using cash incentives, we create convenient systems that support people who work while raising children. That’s why we’ve built so many nurseries and services that transport children to these nurseries. This is what our residents need. It helps them save time and energy in the mornings and the evenings every day. So, we are making the DEWKS lifestyle possible without spending cash on incentives.

Do you have any final thoughts or messages for our readers?

We are constantly trying to be useful to our residents without being bureaucratic. We have received a lot of media attention for being the only city in Japan that has a marketing department. To me, that’s not something special. Companies and non-profit organizations all over the world have marketing departments to execute their own marketing strategies and achieve their objectives. Why should the public sector be any different? So, we’ve been engaging in marketing for over 18 years. Although we are famous for marketing, to me, marketing is simply a standard practice of Nagareyama City. 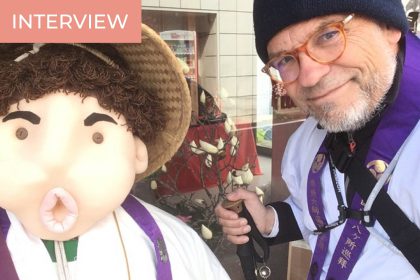 The Shikoku Pilgrimage: Practical Tips and Anecdotes by Oliver Dunskus 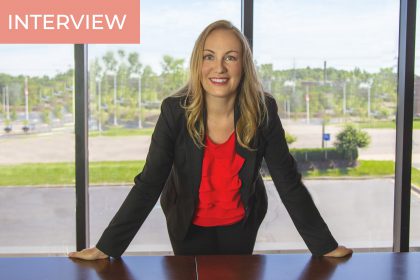 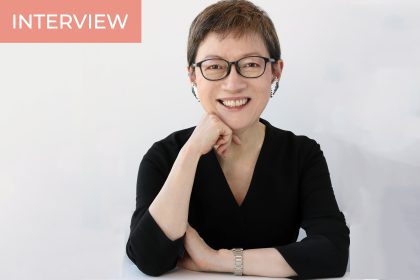